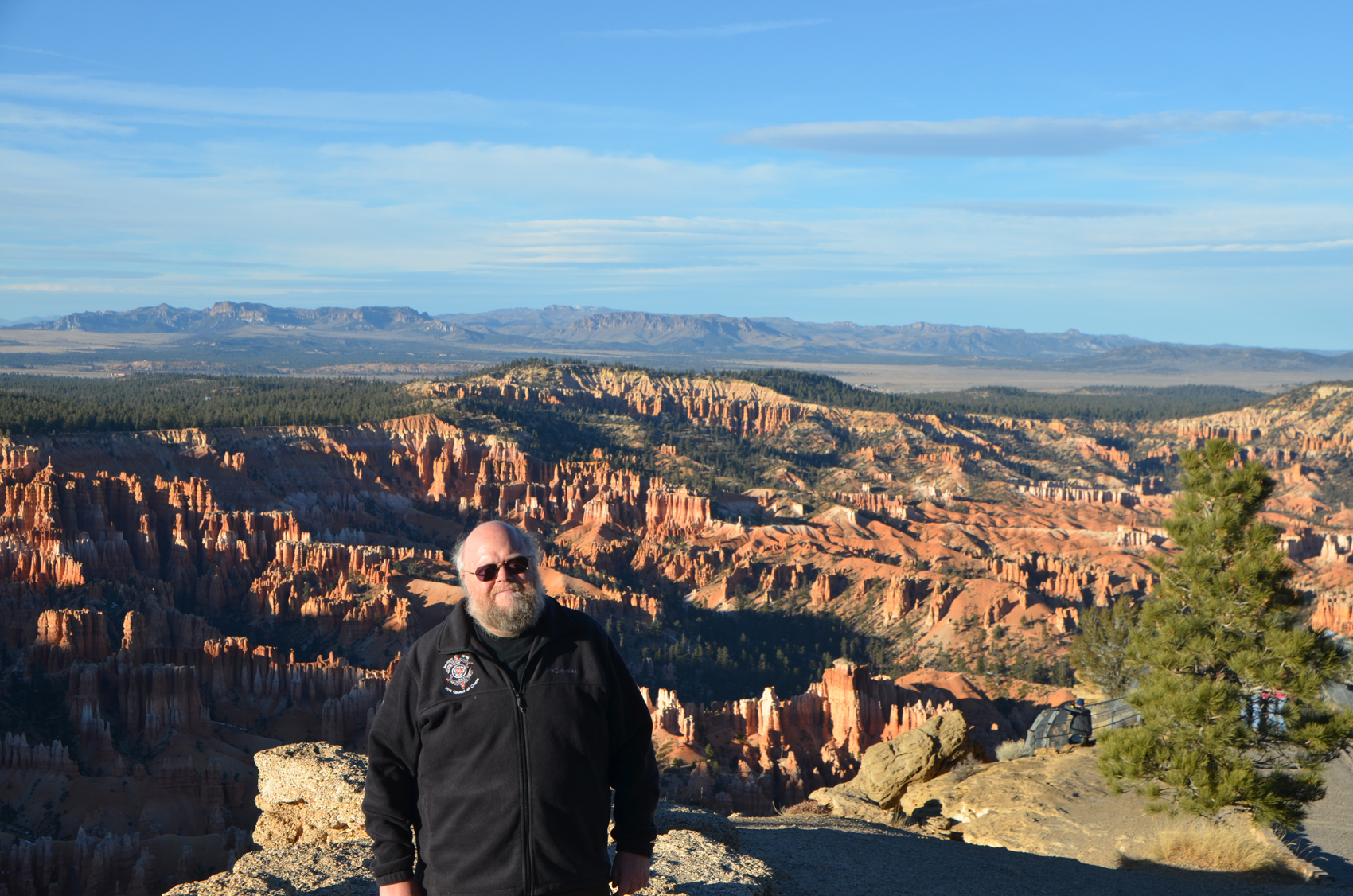 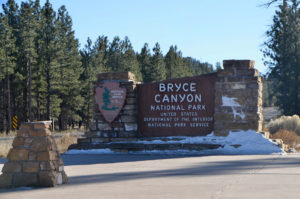 Tipped up ever so slightly the plateau rises as you follow the road to the south.  From around 8000 feet near the start of the road to over 9000 feet at the end. It is an easy drive that is typically served by a shuttle bus system in the peak season. 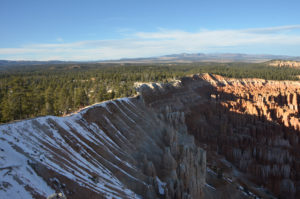 I started my day with a hike up Inspiration Point.  The trail rises slightly from the parking lot to the edge of the plateau and a nice view.  From here you can see the viewpoint up and to the south.  The trail had compact snow on it but not a lot, more of a hazard coming down than going up.  From the parking lot to the upper viewpoint is about three tenths of a mile, and perhaps 125 feet of elevation.  So a short climb, but well worth the walk for the view. 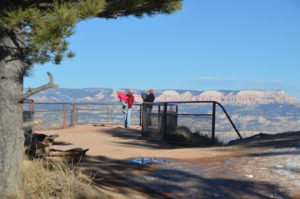 As I strolled out onto the viewpoint I got a bit of a surprise.  My phone rang.  It was my mother.  I explained where I was and described what I was seeing.  If she were a bit more tech savvy I would have set up a video call.  I sent here a couple of pictures in email, but alas she didn’t end up seeing these either.  I took a couple rounds of images for later combination into panoramas, but could have planned where I stood a little better.  I had the viewpoint to myself mostly, so I tried a couple of times. 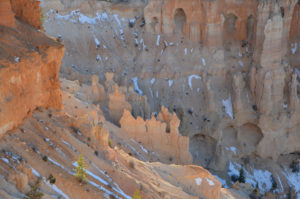 Further on at Bryce Point, I helped take a couple of pictures for young man who was also on his own.  He returned the favor as well.  The sun was setting on my day so I pushed on to the end of the road at Rainbow Point.  Wide views are the order of the day here. 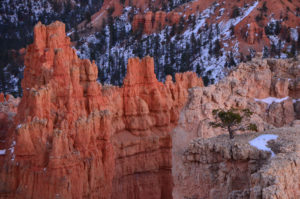 As the sun set I was back near the north end of the park at Sunset Point.  The color of the sky really brought out the color in the rocks here.  As the sun went down in the west, the moon came up in the east, nearly full.  So I spent a while trying to get just the right picture with the pastel sky and the moon and everything at a pleasant exposure.

At the top of the ridge you can see people standing on the overlook at Inspiration Point proper. About two tenths of a mile away, maybe 100 feet of elevation gain.

The edge of the trail is smooth and crumbly. This soil is loose and has lots of small smooth rocks that act like ball bearings.

Looking down you can see trails below

Where the sun hit the trail it kep the snow off.

The trail continues to the next viewpoint, but I don’t have enough time to do that and all the rest that I want to do.

Looking back down the ridge you can see about mid frame where the snow ends is the “bottom” of the trail where you turn to the left and drop down to the parking lot just out of the picture.

Bryce Point was my next stop

Here I am. I don’t think its a selfie is someone else took the shot.

Note the section conclave jacket. My design there…

Hike down to hike back up again. Opposite of my preferred hike, but it was short.

Bryce Natural Bridge, quick stop on the way back.