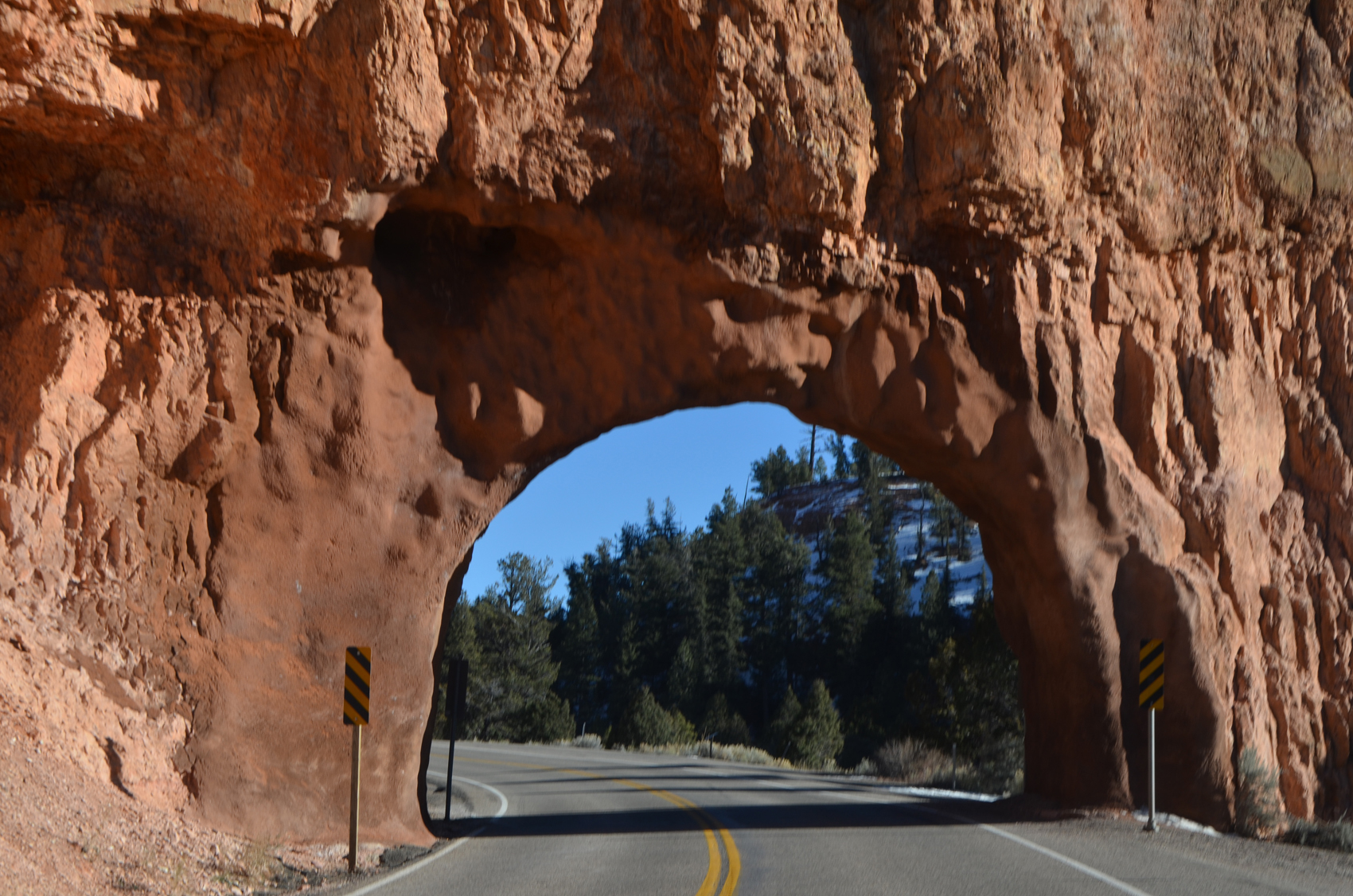 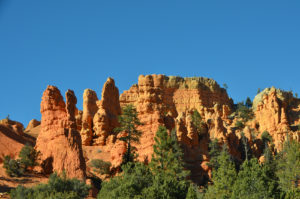 Late November 2015 – Utah – I set up a base camp between Zion and Bryce, and when I had visited these I headed north and east across Highway 12 through Red Canyon and onto Highway 24 through Capitol Reef National Park.  Bryce Canyon is along Highway 12, so there was a just a little covering the same ground again, but this time with a trailer. 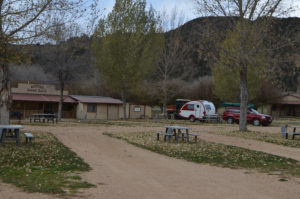 Finding an open RV park was getting harder and harder as the days got shorter and colder.  I was looking for a place that was between Zion and Bryce, and Bauer’s Canyon Ranch seemed like a good location.  I called ahead and found that they weren’t staffing the park daily, but they had not turned off the facilities.  So other than a couple of long term folks in the corner I had the park to myself.  I just dropped my payment in a box with a note.  I stayed a couple of nights on the front end of the loop around Utah when I was on the northbound leg, and again when I got back around and was headed west again. 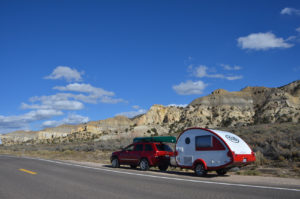 Red Canyon is just that.  The rocks are brilliant red, and when the sky is blue behind them, the contrast is striking.  A bike path parallels the road here, looks like heading west (downhill) would be a lot more fun than east.  But being separated from the motorized traffic on pavement would be nice.  The road ducks through a couple of rocky tunnels along the way.  After climbing up onto the plateau the road straightens.

One could spend a lot more time driving the back roads here.  Something I wasn’t aware of at the time.  Lots of little destinations. 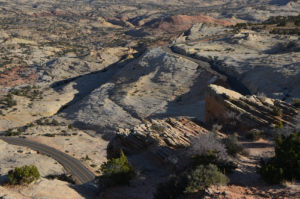 The road passes through several little towns and many diverse landscapes.  The highway climbs to 9600 feet at one point on the “Hogsback”.  Having turned north highway 12 intersects highway 24, and we turn east through Captiol Reef National Park.  By the time I got here it was starting to get dark, gotta blame those short winter days. 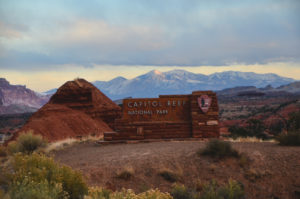 Capitol Reef is the name given to an almost 100 mile long fold in the earth’s crust.  The layers on the west side of the fold have been lifted some 7000 feet higher than on the east side.  The result was a “reef” that impeded westward travel in the days of wagon and horse.  Alas I only got the barest taste of this treasure.

Bauer’s Canyon Ranch RV Park – my base camp for Zion/Bryce, and through stop when I finished my red-rock loop around Utah

Advertising is about being different enough that people talk.

Look for the little hole in the top rock between the tall part and the low part.

To make the tunnel less crumbly they’ve created a red concrete and sprayed on the underside.

Lots of fun to drive.

Switchbacks to gain some altitude quickly.

Looking back as we climb

The locals mentioned “Take it easy on the Hogsback”

I so wanted to go drive up this road.

Apparently this shop was in a hollowed out bit of the red rock.