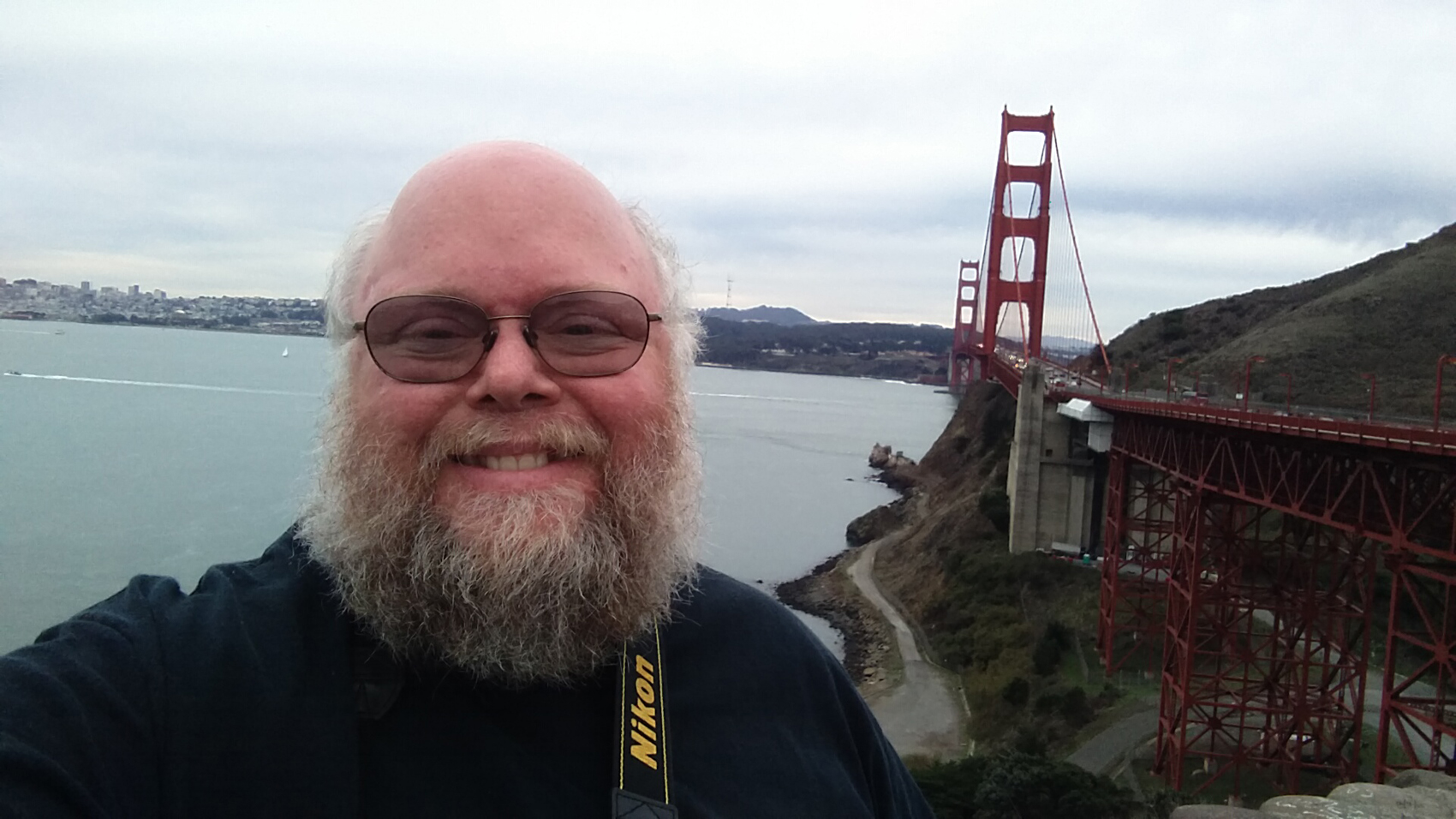 December 5, 2015 – Golden Gate Bridge, California – I give up on the skid plate, and later get boxed in by buses at the Golden Gate. 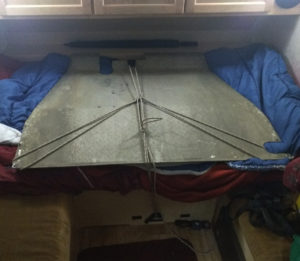 The day started out with some more rattling from the skid plate.  Sure enough even with the ropes holding it up, several screws had come out.  So I decided to locate a source of tools and buy a six pointed socket.  I drove it onto the one screw that was rounded off and cranked it loose.  Off came the skid plate.  Wow that thing is heavy, 30 pounds of 1/4″ aluminum.  Unwieldy, dirty and sharp edges.  This is not something you want sliding around.  So I put some towels down on the bed, and used the rope to tie it down. 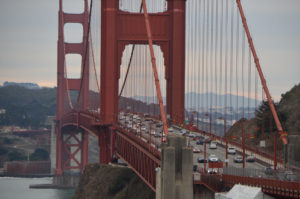 That behind me I pushed through the San Francisco traffic.  Over the Golden Gate and pulled off at the overlook.  Okay, I’m pulling a trailer, where did you want me to park?  Found a spot around the back side of the lot and pulled up alongside the curb.  I got out and wandered around, took my selfie, pics of the bridge, a couple panoramas and some long shots of the city.   Turned around to see the trailer parked in on all sides by double parked tour buses.  Well I guess I’m not in a hurry.  But then the RV parked by the curb behind me managed to back up and squeeze out, so if that spot would stay open for long enough and I could back the trailer up say 75 feet I could escape.

Into the car, started it up, turned on the backup camera and put it in gear.  Slid back along the curved curb like I’d been doing it for six months (oh, I have…) cleared the buses and cranked the wheel.  Escape!  Just as another RV showed up, ready to take my spot.

That skid plate is heavy, unwieldy, dirty and sharp.

Tied down on the bed in the trailer.

Looking back from the overlook