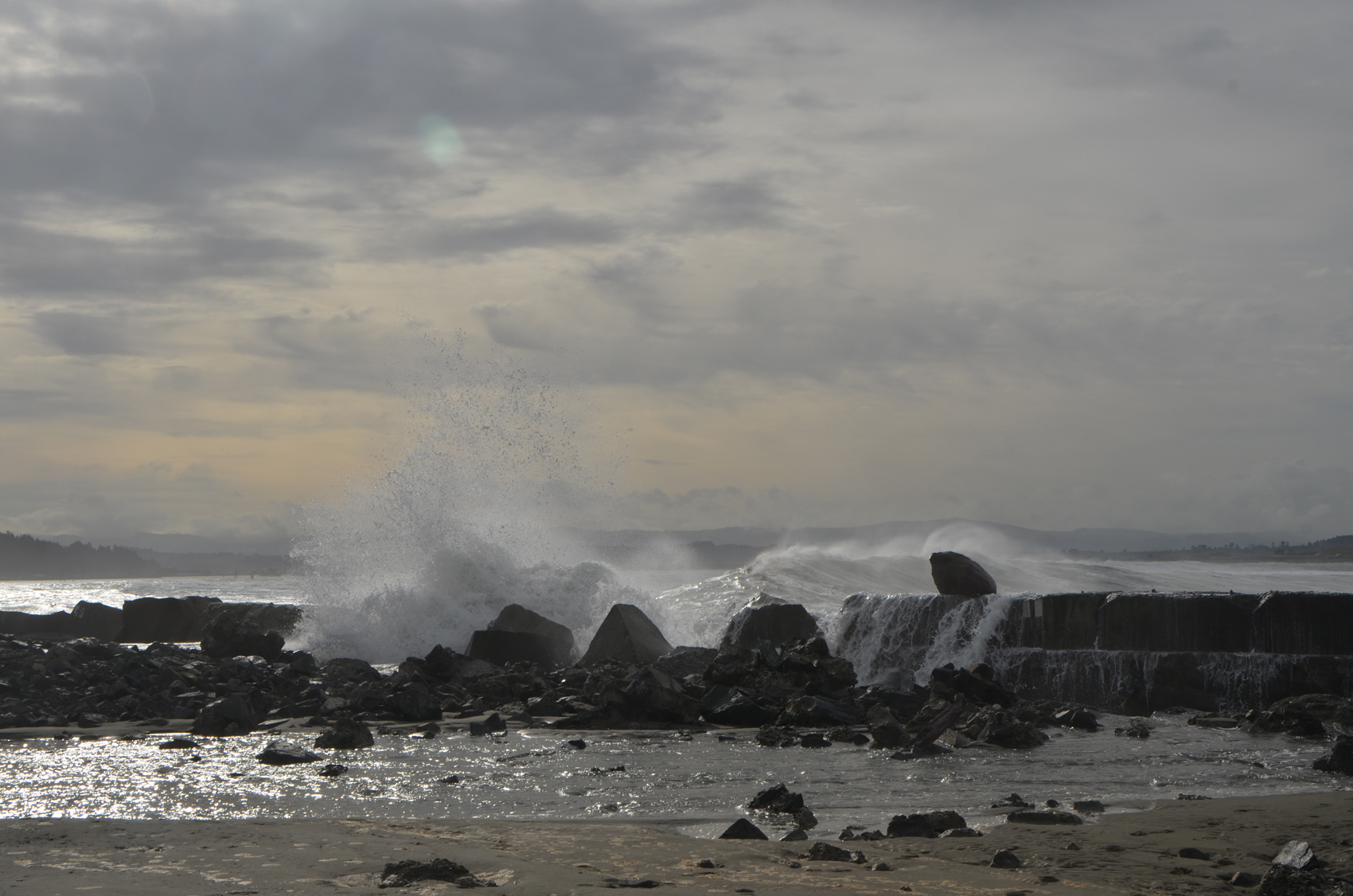 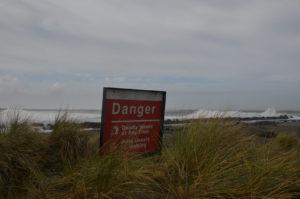 December 6th and 7th – Arcata California – Visiting my other sister in Arcata, some wild weather at the jetty, a better home for the skid plate, and some nice food with good company.

I wanted to be within early striking distance of Arcata for tomorrow, so I drove until after dark.  The state park I was going to stay at was a miserable muddy place so I kept driving.  I found a wide spot on a side road and parked for the night.  Of course I had to untie the skid plate, move it off the bed, and then navigate around it, the tie it down again the next morning.  Up at sunrise and on the road again. 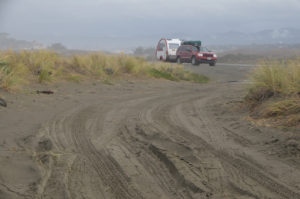 My sister was at work, so I had some time, the surf was up along the beach, so I headed out to the jetty to see.  I stopped at the Samoa Cookhouse for a hearty breakfast of french toast, sausage and eggs, “keep bringing it until I say stop” style.  There were a few other groups, but not so many that they seated us together.  I didn’t do much damage, but did enjoy the meal.  With that checked off the list I continued on. 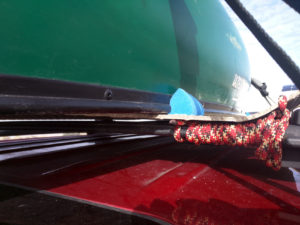 At the jetty I chose not to drag the trailer into the sand, but left the vehicle on the pavement. Before I started my walk I decided to take the time to move the skid plate to a new home, on top of the jeep and under the canoe.  Turned sideways the angled front edge would be along the passenger side and the flat rear would be along the driver’s side.  I wrapped the cross bar on the jeep on the driver’s side to avoid wear.  I strapped the plate down, then the canoe on top of it.  All of 20 minutes worth of work, saved me a ton of bother over the next few days. 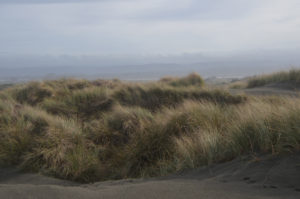 So, out on my walk.  It wasn’t raining, but a little of wind.  The dunes provided a little protection, so not unpleasant.  Swells were rolling straight into the channel and the edges breaking over the rock barriers.  Other folks were out here enjoying the show as well.  Some younger folks were playing chicken with the waves.  Standing on the rocks and jumping down and running away as the next roller came by and spouted up thirty feet in the air.  I watched for a bit, but eventually one of them was a bit too daring and got an instant cold sea water shower.  He had been on solid ground running away well on this side of the jetty when the water caught him.  So not really in danger.  But lots of laughing and pointing, 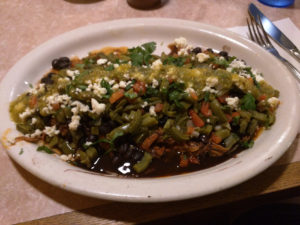 I was in time to join my sister at her church for a Christmas concert which she was performing in.  Very well done, clearly the result of many hours of practice.  Afterward, an opportunity to meet some of her friends. 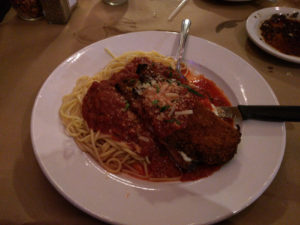 Other entertainment included a trip to the movie theater, and a couple of very nice dinners.  A Mexican dinner with cactus as a main ingredient, and a wonderful plate of Chicken Parmesan over spaghetti.

Skid plate neatly tucked away under the canoe.

Jeep is waiting for me to return. Looks longingly at the tracks in the sand.