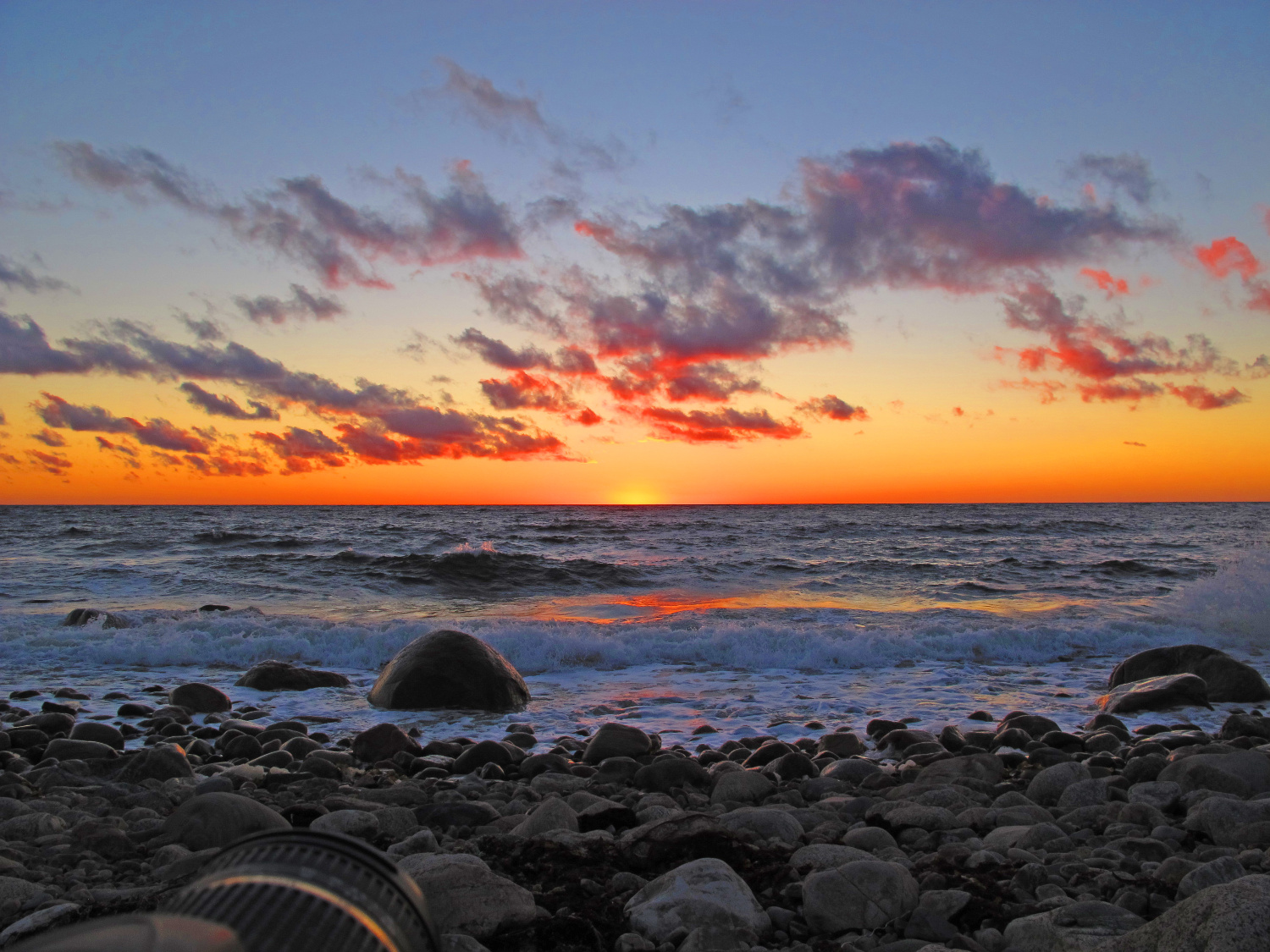 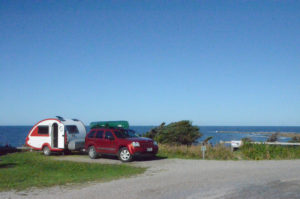 September 20th-28th, 2015 – Gros Morne NP, NL Canada – Gros Morne National park is on the west end of the Island of Newfoundland, just below the middle of the coast north and south.  This post is about Green Point campground, and Lobster Cove Head Lighthouse.  A second post covers the “Tablelands”.  I visited the area when I first arrived, and again on my way out, so in addition to a three nights of camping, I had one full day of exploration. 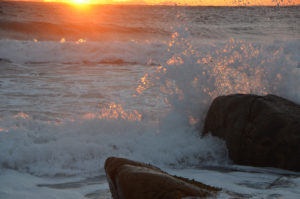 Green Point was my first campground in Newfoundland.  I had come over on the night ferry and landed early morning.  I hadn’t slept much so I took a nap along the road north.  I was attracted to this campground because it has WiFi, and the range extender earned its keep here.  Being late in the season there weren’t many folks around and I got a prime campsite with a great view of the ocean.  My second time at the campground I had a different site a little higher up and back, and this actually afforded a more comfortable view because the trailer was turned with two windows and the door offering a view.

I have to say hello to the rangers I met at Green Point, very friendly and always there when you needed them.  I was also quite pleased that I was able to pay with a Credit Card, because this helps me avoid converting a lot of cash to Canadian funds and back, especially coinage. 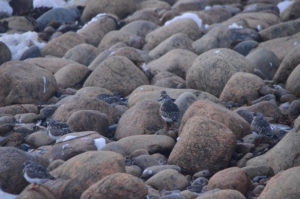 The beach here is large stones, so a stroll is more of a “hoppy” affair.  The beach faces west across the gulf of St Laurence and the opposite shore is much further than one can see due to the curve of the earth’s surface.  At one visit I scared up a group of shore birds foraging right in front of me. The light was pretty low at this point and they really blend in well.  They didn’t go far, so I did get a couple of pictures after moving along a bit more quietly. 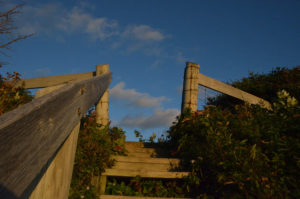 There are stairs leading down to the beach and the hill is covered with low growing firs and shrubs. Popping up from between all this are little tufts of flowers. I had nice sunsets here, but I find that I have viewed my sunsets primarily through a lens.  I probably need to get used to just soaking them in, but I hate not being able to share them with someone.  So please enjoy. 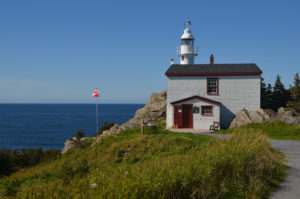 Back south along the road a bit is a large inlet, and at the northern point is a lighthouse that has a nice interpretive center.  This is lobster cove head.  One of the more interesting displays was on the stairs.  Each step’s edge had one of the keeper’s task listed.  Look closely and you’ll see these both in English and French. 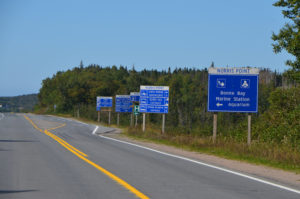 The park and controlled access highways (like the Trans Canada Highway or TCH) apparently have regulations that limit private signage.  This leads to a very nice “wild” feel to the roadways.  This is nice, but it has an unfortunate consequence for the single driver.  I don’t have the downtime riding in the car to consume huge volumes of promotional literature, and being in Canada very little access to the internet via cell (thanks again AT&T).  So unless I stop and go into a business and read (Literature) or research (WiFi) I can’t really tell what there is to see.  In the end a good trade off, but it was an added complexity for this trip.

There was plenty of construction along the way, and often this was a one lane road with a pair of signals to allow alternating directions to pass.  One of the signals was unique however, and I would love to see this on all such devices.  It had a countdown timer letting you know when your turn was coming.  Very nice to avoid excessive idling.

This little tent/building is available for the night as well. Grill on the porch, and a couple more red chairs.

The stairs to the beach.

Flowers in amongst the low growing evergreens.

Stairs to the beach.

Waves on the beach

Foam between the rocks

Spray in the sunset

Looking back towards the cove.

Always rocks just below the soil.

Inside the visitor center.

Look closely and you’ll see the tasks of a lighthouse keeper, in both English and French.

View from the window at the top of the stairs.

Outside, the stairs are under the slanted roof and you can see the window at the top.

View from the base of the lighthouse.

Closeup of the rocks below

The government provides these standardized signs. Hard to tell much about the businesses from this.

Construction signal has a countdown timer.