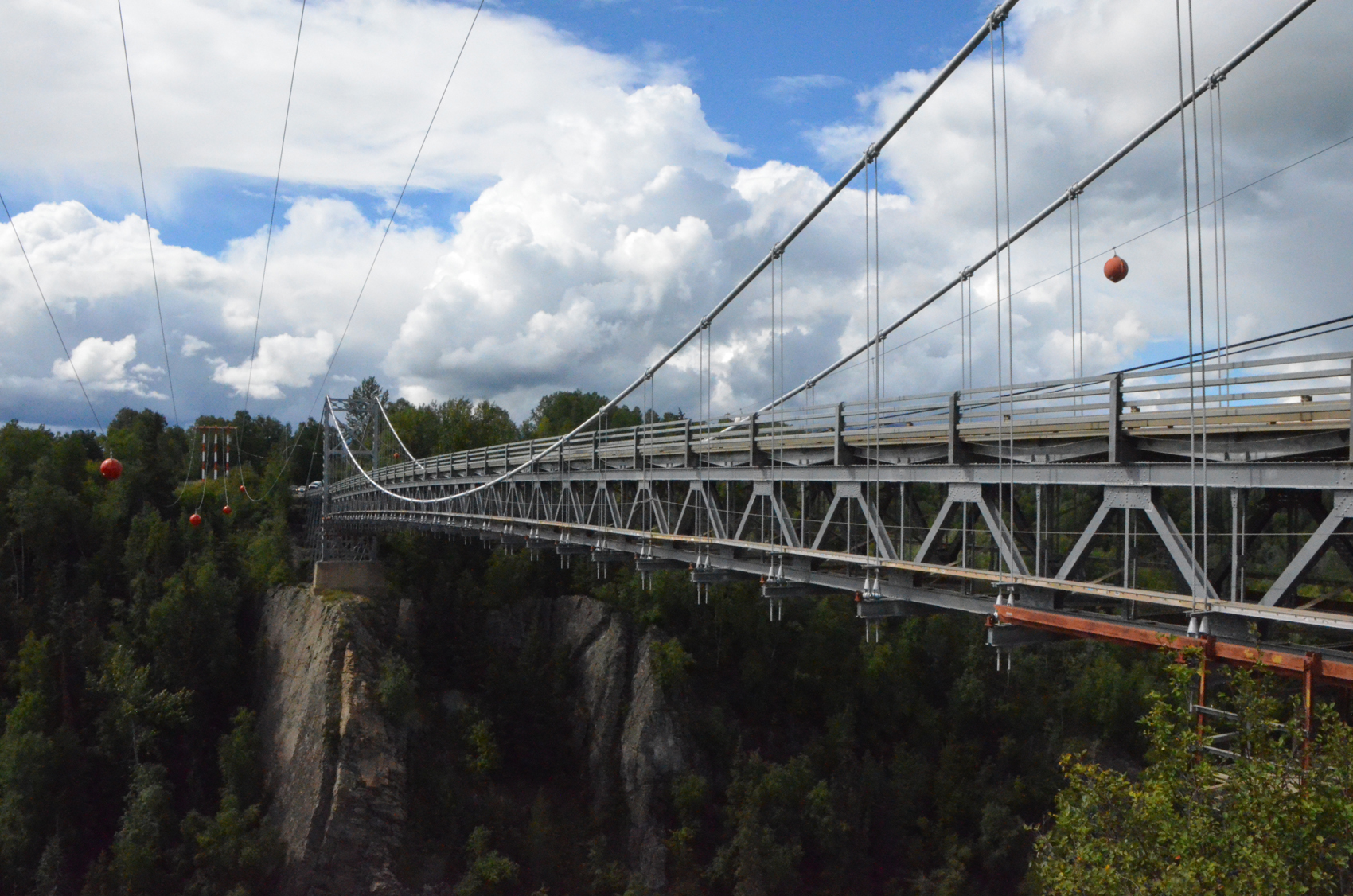 August 4th, 2015 – New Hazelton BC – Prior to this trip the furthest north I had ventured was on an Order of the Arrow road trip in 1978.  We went as far as Prince Rupert, exposing ourselves to Native culture along the way.  Today I revisited two icons from that trip, the Hagwilget Canyon Bridge, and K’san Village. 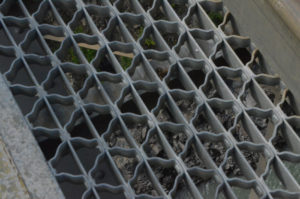 Back in 1978 I took a trip studying Native American Culture. We traveled north from my home in Seattle as far as Prince Rupert.  The six of us were traveling in a panel van.  Driver and navigator in bucket seats up front, two sitting up at a table in back, and the other two laying on the seat and floor on the other side of the table.  As we came to the Hagwilget Canyon Bridge we wanted to get out and have a look, and so we stopped on the bridge (not expressly forbidden at the time, but certainly now) and piled out.  Well the folks in the back opening the doors had a bit of a surprise as they looked down at the rather open grate and their eyese focused not there but instead 262 feet beyond, on the canyon floor below. 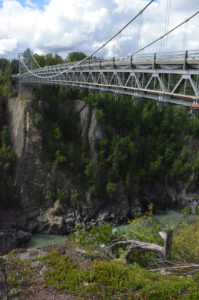 The bridge is one of the highest suspension bridges in the North America.  Traffic alternates from each side as it is one lane wide.  Pedestrians are welcome on the two side areas of the bridge.  I will say that the rail height is a bit lower than you would find in similar construction today, and it gives a bit of a heady feeling as you come further out to the middle where the suspension cables are lower than the rail.  If you can, wait for a heavy vehicle to go over and experience the movement in the bridge, quite nice.

So, I was involved in the dance and ceremonies side of the Boy Scouts’ honor camping society called the Order of the Arrow (O/A). Young men are inducted to this group by their peers, who are not necessarily members themselves, based on whether they live up to the scout oath and law.  This puts a lot of really good willed eager young men together.  For many this is the first time they realize that they are not alone, nor weird for being eager and good willed.  The O/A focuses on the concept of cheerful service, and is tasked with helping keep council camps in good order and promote camping in general.

I personally found a place in the dance and ceremonies group. The O/A uses standardized ceremonies, with symbolic settings, rites and principles to communicate the principles of scouting.  Some of this is borrowed from Native American Traditions, and the O/A encourages its members to learn consult their local Native American Tribes for information about history, dress and customs of their people to ensure that ceremonies that borrow from this tradition are respectful. 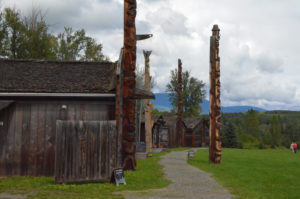 We had traveled here to visit K’san Village in particular.  This was in the days before the internet and our timing wasn’t the best, but we did get to see the buildings and talk to a person for a few minutes.  Coincidentally, not for lack of information but just because of my own travel timing, I had about the same experience this time.  So the tour is yet a reason to return.  The village was as I remembered it but the buildings appear to have been treated with a nice deep colored stain to help preserve them.  I recall things being much more of the silver gray color of aged wood.

If you pass by New Hazelton, I recommend these two spots they are both close to the road, just get there early to midday and not in the late afternoon.

Note the metal rails to keep cars in the middle, and create pedestrian walkways on each side.

View on the east side

Note that the rail is very low and even more notable as the suspension cables dip below the level of the deck.

East Side looking out a bit.

This is the view I recall when hopping out of the van when I was sixteen. Focusing on the ground a couple hundred feet away the grate doesn’t seem to exist.

The bridge’s shadow on the water below

Much the way I recall it

However some of the buildings seem to have been treated with a darker stain.

I recall a canoe sitting here when we were here before

And I think this was the canoe.

Stewart – Hyder
Next Searching for 9 Posts