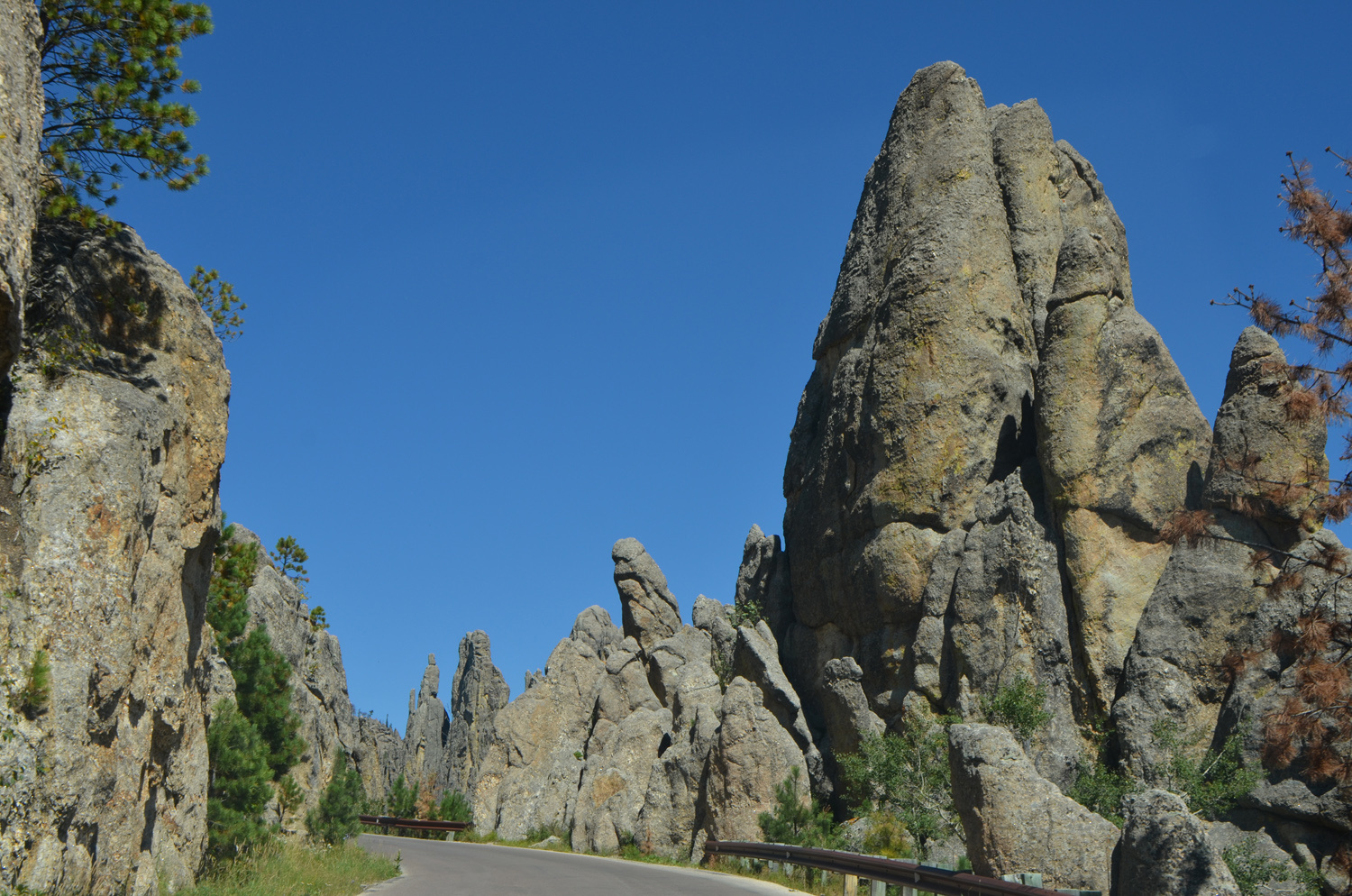 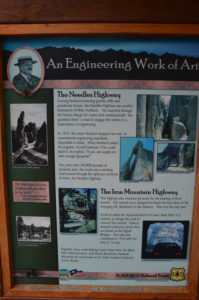 September 1st, 2015 – Black Hills, SD – The Needles Highway in the Black Hills is another great bit of road.  Alas, I was having a lot of fun driving it, but not photographing it.  I was headed through, so I was pulling the trailer, and the few pullouts weren’t designed for long vehicles.

The Needles Highway is in Custer State Park, and while some other roads that go through the park do not strictly require the use permit if you are just driving through (and not stopping) there is a person manning a station for this drive, ready to sell you a permit as you drive in.  So I paid my $15 fee and he stuck a day pass on the inside of my window.  (almost a year later and that *day* pass’s adhesive is still on the inside of the window for my passengers to enjoy… thanks) 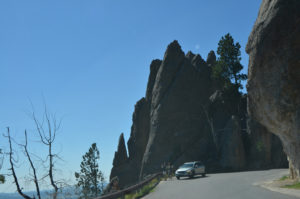 The road winds nicely through forests and some open areas, and eventually starts to climb.  You get a lot of peak-a-boo hints at what is to come through the trees.  The road has a lot of steep drop offs and so really nice views.  The sky was so blue that day. 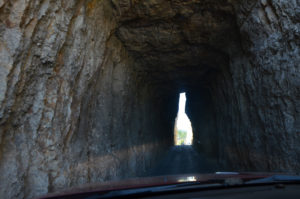 The highlight is a couple miles of really twisty road that makes its way through natural rock formations that tower above.  In this there is a tunnel, longer and narrower than others in the black hills.  Seems it has been nicknamed the “eye of the needles”.   I would have liked to have stopped and put on the GoPro for the tunnel, but as I said there were precious few places to turn out, most were full of folks already, and if there was one where a trailer would have fit I never saw it.

So, almost all the pics are through the windshield and often not well composed or focused.  I picked a few that hit the highlights, but this is definitely on the do again, but without the trailer list. I highly recommend it.

Overview of the area

There were a few of this small meadows along the way

The “eye of the needles” tunnel is just around this corner.

Coming around the corner you have no idea if there is oncoming traffic until you are almost in the tunnel.

My turn. Folks standing at the far end.

Lots of this kind of rock structure as you head north.