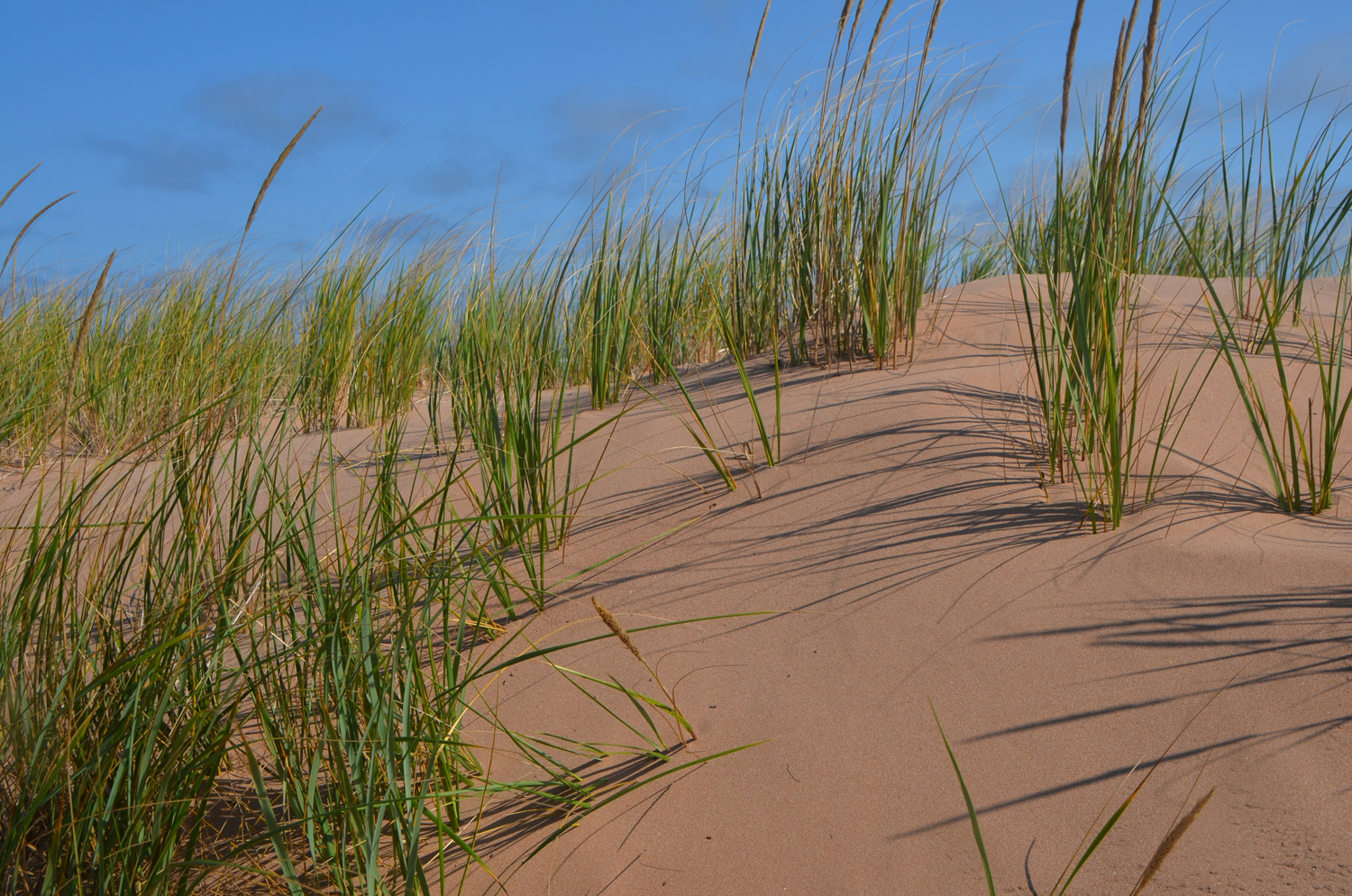 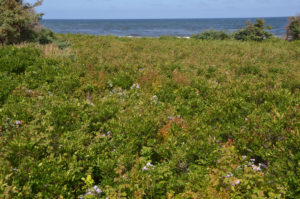 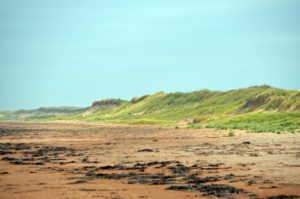 I visited several beaches on the Atlantic side of the island, this was a couple of weeks after most of the touristy businesses had shut down for the season.  Weather was a little cooler, but you could see in these businesses with huge gravel parking lots and ranks of picnic tables that this was a booming place in the summer.

In this shoulder season there were a few tour buses taking folks around from the cruise ships that were in one of the various ports, and a few adventurous folks like myself making the rounds.  Then there were a few locals jogging or taking the dog for a walk.  All of us drinking in the tranquility. 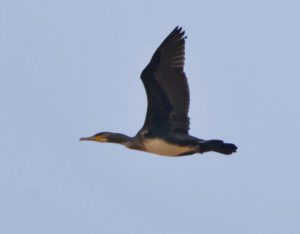 The red sand gives way to green grasses in sandy dunes.  On the back of these few more transient dunes, there are small trees and bushes.  Mixed in with all the bushes are many types of flowering plants, and even here in September showing off blooms of yellow and blue and white.

The trees had cones, bushes with red and blue berries, and little green ones on the junipers.  Small groups of birds were flying past just above the waves, and sometimes over the beaches a little higher up.

In general, there was a bit of a breeze blowing, and a light coat might be nice, but the air wasn’t so cold that you needed to bundle up tightly.  A few brave souls were wading in the water or taking in the sun on a blanket, or reading a book in a beach chair.

Green grass on the red sand dunes. Gives a feeling of the wind swept nature of the place.

Really red from this angle.

Birds flying low over the waves.

And a close up

The beach facilities, closed for the season.

Looking to the west.

Close up of one of them

Cones on this fir.

Flowers were poking up between shrubs, and everywhere.

A sea of bushes with flowers interspersed everywhere.

Low trees and shrubs all keeping low and packed tight.

Some folks from a Cruise Ship tour had rolled in.

Grass on the tops of the dunes

Backside of the dunes.

Red Sand has been shifting and burying grass.

Looking back at the facilities from teh dunes

Back roads on PEI, farming communities.

Pardon Me, Just Passing Through
Next