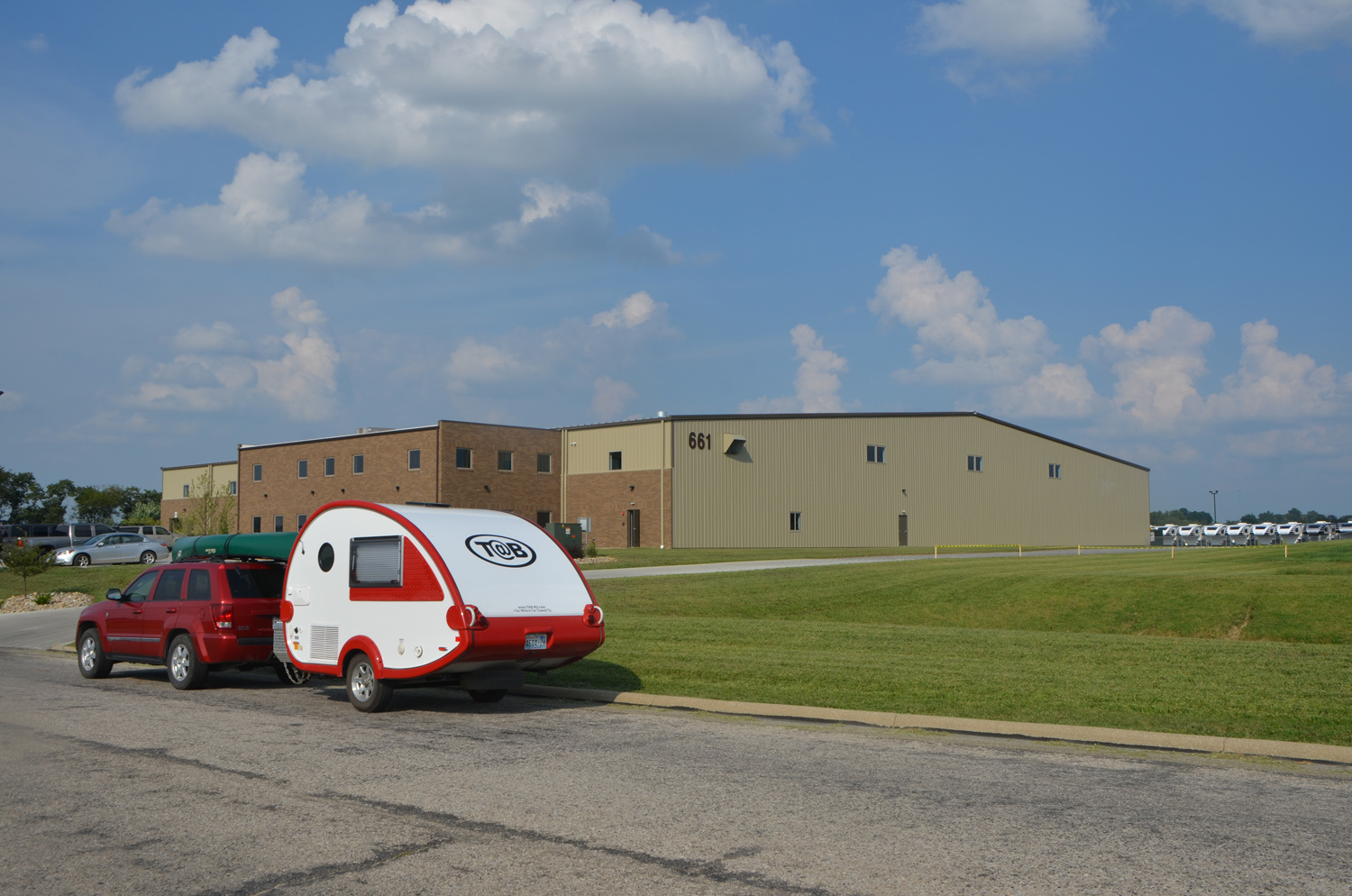 September 6th-8th – Michigan and Ohio – The trailer was built in southeast Ohio, and that’s where we’re heading next.  South over the Mackinac Bridge, down through Michigan I passed through Frankenmuth.  Now into Ohio, a couple days at Maumee Bay near Toledo, bought gas for the low price of $1.81/gal, then south past the Little Guy factory.  Not good timing for a tour, but some handshakes and a nice chat at the sales office. 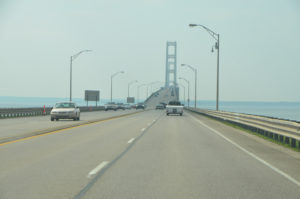 The Mackinac Bridge connects the two parts of Michigan, UP or Upper Peninsula and the rest of the state.  Open to traffic since 1957, it is the fifth longest suspension bridge in the world it is the longest in the Western Hemisphere at almost five miles.   You might want to visit the bridge cam page. 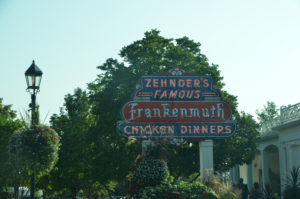 Heading south I took a short detour.  I stopped for my first Slurpee in a very long time and made a friend.  Greetings Max!  Hope you are doing well.  This stop was in the town of Frankenmuth and I felt a need to drive through to get a feel for the town.  It is Bavarian themed and on a nice summer day a great place for a walk among the shops.  I also stopped at the crosswalk light in front of “Zenders”, one of the places where “famous chicken dinners” served. 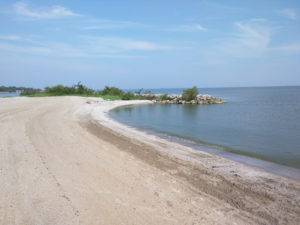 I was heading for Maumee Bay state park near Toledo Ohio.  To book a Labor Day night there you needed to stay all three days, but there were four or five campsites available when I looked online.  You just have to show up to get one.  I called about two hours away to check to see if they were all gone and I should divert.  They said there was exactly one spot left and no one else had been calling for a spot.  So I headed on in.

When I got there it was pretty late and they had put out the campground full sign.  I just hoped that maybe this was a thing they do at a specific hour.  So I parked and went inside.  Now, hoping that this gets filed under “good customer service” and not “you did what?”, but just in case I will not mention any names.  Sure enough that one spot was still available, and the person who had taken my call had gone off shift already but had mentioned that someone named Frank might be still on the way. Thank you!  It would have been a very different night if I had to find another spot. 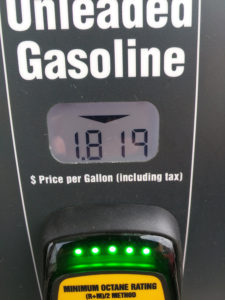 I spent the next day wandering around the Toledo area without the trailer.  Into some not so good areas and some nicer.  I spent some time at a place with Wi-Fi and got some more blogging done.  I was going to roll further along, but stayed another day.  You may be amused when I admit why.  Costco was closed on Monday, and I wanted to buy gas at $1.81 per gallon.  Gas everywhere else in the area was closer to 1.90 or $2 per gallon, and this was the cheapest I’d seen on my trip.  A far cry from the $4.99 per gallon I paid above the arctic circle in Coldfoot. 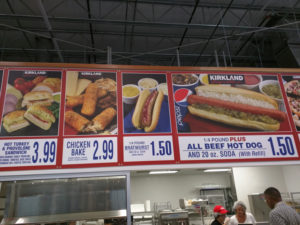 Now when I was at Costco I decided I needed a hot dog.  I usually order a polish dog, but to my amazement it wasn’t offered.  But it didn’t take long to figure out why.  They had replaced it with a huge Brat!  Well that was the choice and a good lunch it was! 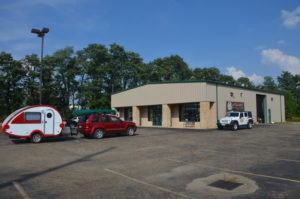 So as I headed out I figured that since I was in Ohio I should head past the factory where the trailer was built.  If I had done my homework I would have seen that I should have planned to stay in the area and arrange a tour.  As it was I dropped by the sales office and met the guys there.  I got to see the teardrop shop inventory and we had a bit of a chat about some of the upgrades I had done. 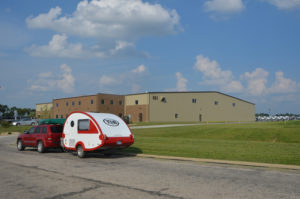 From there I drove out to Sugarcreek where I at least got to see the outside of the factory and the folks heading home for the day.  I also saw a whole bunch of brand new trailers ready to ship out.

Sometimes I worry about places that are so flat. Nice road heading south through Michigan.

Stopped at the light in front of Zenders

Famous Chicken Dinners. Didn’t have time on this trip. Besides I don’t really like bones in my food.

Draw Bridge in Toledo while I was wandering.

Trailer at the sales office

In front of the factory

More new trailers waiting to be sent out

Where the Lakes Meet
Next

A Taste of Pittsburgh