A Taste of Pittsburgh 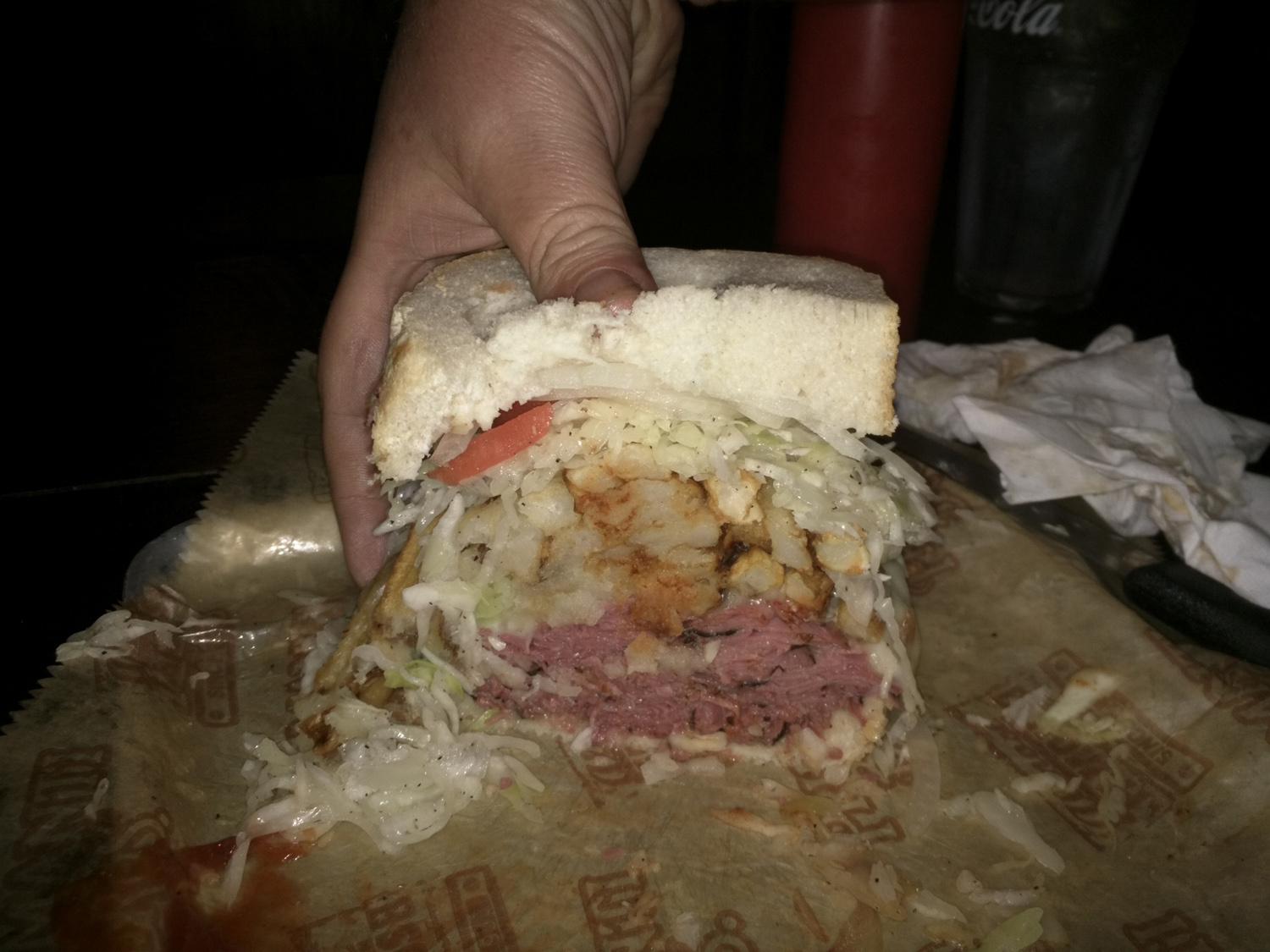 September 8th-10th – Pittsburgh, PA – A good friend from scouting has been working remotely from Pittsburgh for several years now, and I wanted to drop by and say hello.  He gave me a grand tour and we shared a great dinner at his treat.  A little lesson in geography and a stay at a state park about 30 minutes out of town which was nearly abandoned now that Labor Day had passed. 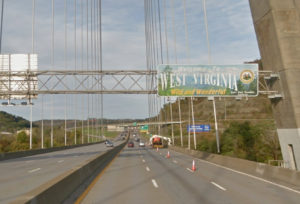 Crossing the Ohio River – Welcome to… West Virginia? What?

Racoon Creek state park outside of Pittsburgh was my next destination.  I had been rolling across Ohio on side roads all day and I was still hoping to get to the camp before dark.  I contacted my friend Lee by phone and we made some arrangements for the next day since today was pretty much spent.  Just as I hung up I saw the bridge over the Ohio River ahead, turned onto it and got a shock.  If we had stayed on the phone he could have assuaged my fears.

Often a river is the dividing line between states, and I was heading east from Ohio across the Ohio river to the next state.  So when I came to the middle of the bridge I was a little alarmed to see the sign “Welcome to West Virginia”!  What?  How is this NOT Pennsylvania and where did my navigation go wrong?  Is this another trick the GPS is playing on me?  Ack!

Well if you look at West Virginia there’s a little piece that sticks up between Ohio and Pennsylvania.  In fact by the time I was able to think about how to react I came to a sign “Welcome to Pennsylvania”.  So I just chuckled and figured that a local 8th grader wouldn’t have been surprised.

I arrived at Raccoon Creek State Park without further incident, got set up in a site, paid for the site in an envelope and headed into Pittsburgh for some dinner.  As I got into Pittsburgh proper I realized I hadn’t bought fuel before getting to town as I had intended.  I ended up driving through town and hopping off at the first place that seemed like it might have a station. Not the best part of town, very urban residential, with people wandering around who didn’t look like they had much else to do. 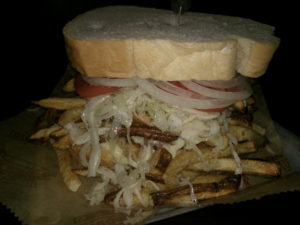 After I had fuel it was really pretty late, 9:30.  But I needed food.  I had an idea.  Five Guys, they would be open until 10pm.  So I got on my phone, found one “eleven minutes away”.  Hah… well at least it was close.  The GPS took me through every side street in the area and I popped out on the side of a main street.  Just down the street was a strip mall on a hill promising a Five Guys somewhere above.

I rolled into the parking lot at ten minutes to ten and it looked like they were done cleaning up and ready to turn off the sign as soon as possible.  I prefer not being a burden and I wanted to eat in the store.  So I hesitated.  Then, behind the Five Guys I saw as sign “Primanti Brothers”.  Not sure what this was, I could see there was a lot of activity in the parking lot.   So I headed over there. 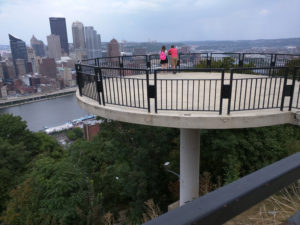 The waitress asked if I had been there before.  Hearing I hadn’t she gave a nice description of the sandwich they are famous for.  It comes with fries and coleslaw ON the sandwich unless you ask for it on the side.  Two pieces of white bread and meat of your choice.  I chose double Pastrami and hoped for the best.

I wasn’t disappointed, the sandwich was a handful.  Interesting way to eat your dinner.

The next day I met up with Lee in the afternoon and he drove us around Pittsburgh to see the sights.  We had a great bit of conversation and I enjoyed myself greatly.  We had several great views from the top of “Mount Washington” (what passes for a mountain east of the Mississippi, wow).  Drove through a tunnel or two and visited the point where the Allegheny and Monongahela rivers join to form the Ohio river, the site of historic Fort Pitt.

We drove past several of the older buildings and admired the variety of architecture in the city.  We capped off the night with dinner at the city’s best steakhouse Ditka’s.

So I would say thanks to Lee for a great day and a great meal.

Crossing the Ohio River – Welcome to… West Virginia? What?

Primanti Brothers Sandwich. Double Pastrami with your Fries and Coleslaw ON the sandwich

Cut in half for sanity. This is litterally a handful (my hand)

From Mount Washington. Looking at the rivers’ confluence.

Along the walk there were several of these nice viewing platforms

Rolling Past ‘Home’
Next