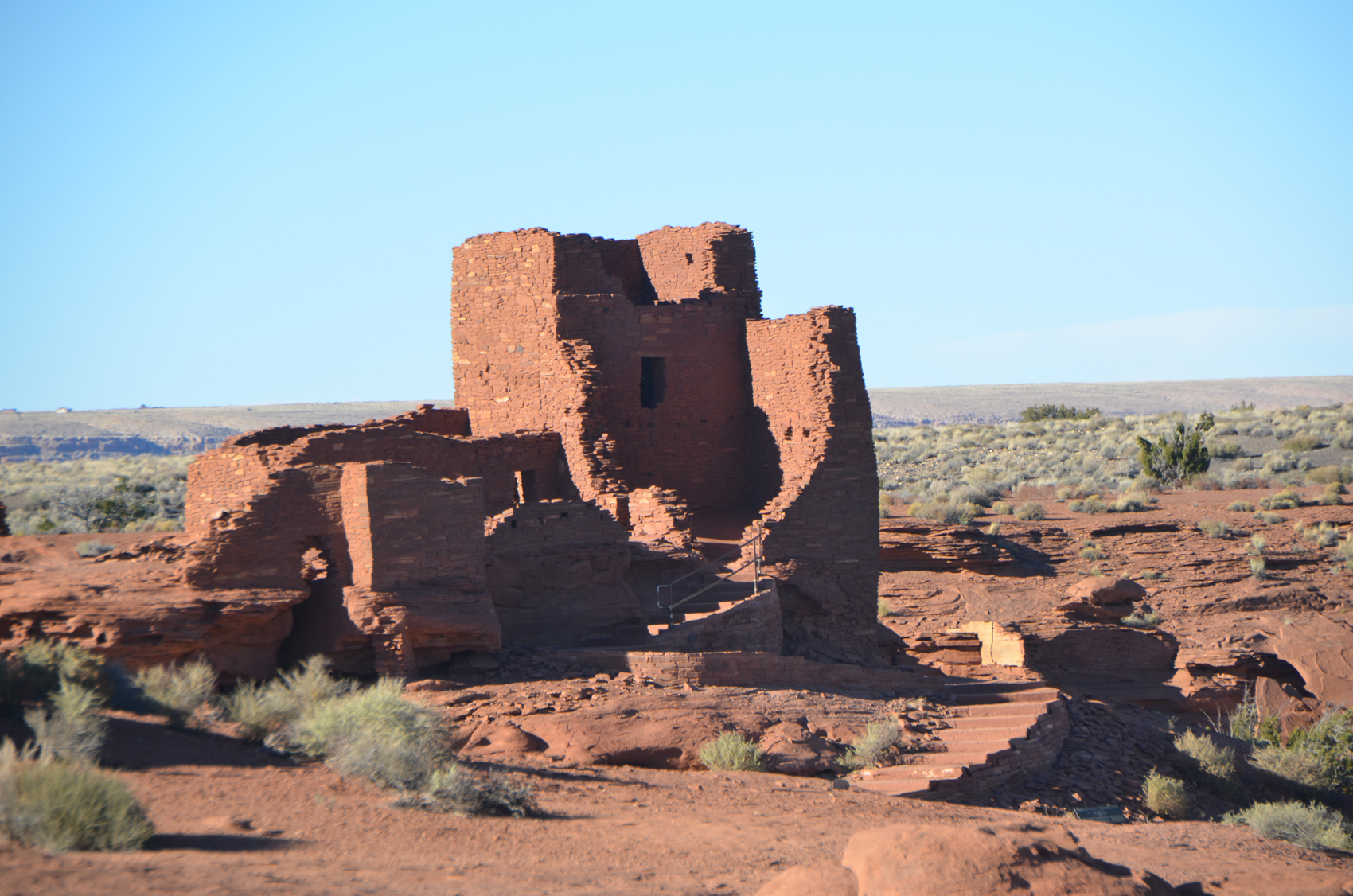 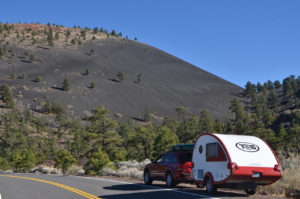 November 21st 2015 – North of Flagstaff AZ – On the road from Flagstaff to Cameron and the east entrance of Grand Canyon there are two National Monuments that make an easy side trip.  At Sunset Crater National Monument you will see a volcanic landscape of twisted lava flows and piled high cinder cones.  Continuing on through you come to Wupatki National Monument where you can see red rock ancient pueblos and the distant painted desert. 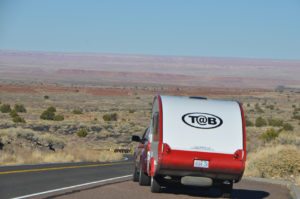 This side trip was a pleasant car tour.  They don’t have a gatehouse on the road, but ask that you stop in at the ranger station to show your pass or pay for the day.  They reward you with some visitor information to help you get the most out of your visit.  I stopped off and had a nice conversation with the ranger on duty, who was quite interested in the trailer after I showed him my blog’s card.  We chatted a bit and then off I went.

The road was a pleasant two lane affair.  Speed limit was low so you could enjoy, but not so low that it took forever to drive it.  I stopped a few times along the road to take pictures of the cinder cone and lava.  Then again as the plateau started to drop off and the distant painted desert was on the horizon.  This is about where you leave the first monument and enter the second. 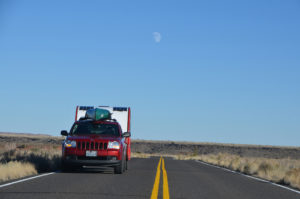 Dropping down onto the prairie the trees are fewer, spread thin as if by design.  In places with fewer trees there may be a lot of gravelly soil showing between the bushes and clumps of grass.  Red rocks poke up here and there like islands, shaped by the elements they are often rounded and pitted with holes. 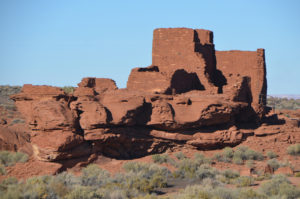 The road leads to the remnants of the Wupatki pueblo.  At the height of its use it was a 100 room community.  I would recommend taking time to get out and walk here, but I was still a long way from my destination in the Grand Canyon and I hoped to be there by sunset.

All in all, I’d say I spent perhaps two hours on this side trip, you could easily spend a full day here visiting the major attractions and two visitors centers.  More if you choose to hike the trails.

Snow on the San Francisco Peaks, cinder cone in the foreground.

Cinder cone and the rig

Cinder cone without the rig., there is a trail to climb this. If you haven’t climbed a cinder cone I suggest doing so, pretty interesting stuff. I’ve climbed a few, so not this time.

First views of the Painted Desert.

Another type of cotton grass?

The road working its way down off the plateau.

Enjoy all the trailer shots I had a hard time picking my favorite… 🙂 This one gets the sky right, and you can see the road off in the distance.

This one is probably the most balanced.

This one gives a better feel for how steep the road is here.

Closer look at the holes, notice the one delicate hole the narrow part casting its shadow (upper right of the large dark hole in the center of the photo)

The trees seem to have staked out their personal space. Likely as not they have a mechanism to limit what can grow nearby.

Notice the gravelly soil between grasses.

The bit of the Wupatki Pueblo visible from the parking lot.

Wupatki Pueblo from a distance.

Look closely in the sky to see the moon

The ranger was apparently watching my antics from a distance and came by to send me on my way after I spent five minutes parked here. In that five minutes there was only one other car on the road. But alas rules are rules.