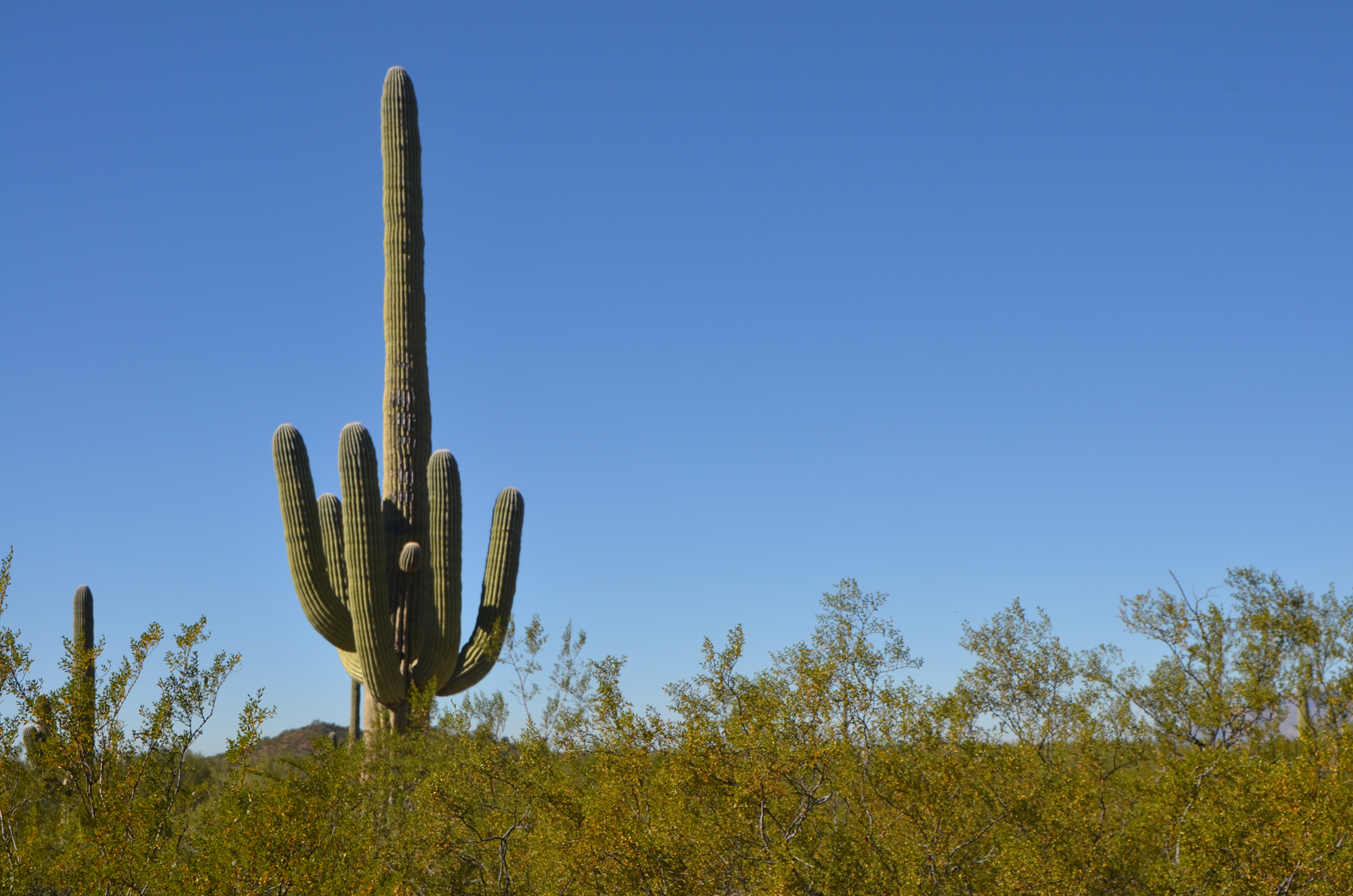 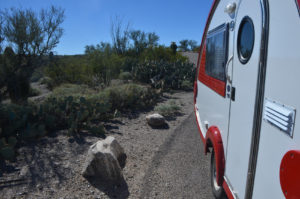 November 20, 2015 – Near Tucson AZ – The saguaro is that large iconic multi-armed cactus that grows primarily in Arizona.  Saguaro National Park is divided into two parts, east and west of Tucson.  I visited the Eastern “Rincon Mountain District” portion on my drive through.  If I had time I would have visited both although the auto tour was more the thing for this trip.

The park is just a little off the main road, and is an easy side trip.  I wouldn’t have wanted to pull a trailer any bigger than mine through this drive.  Not many places to stop.  But the number of folks out here with me made that less of an issue.  I stopped a couple of places where I could take up the one long parking spot or a bit of wide road where several cars might normally have pulled over.  Near the end of the drive there is a picnic area that makes for a nice stop and has a bit more parking, but there was no place to park near the visitor’s center.

Saquaro against the blue sky

Parked at a wide spot

Looking up into the hills

Flowering Barrle Cactus, flowers can be red orange or yellow.

The backlit cactus has an aura of lit spines around it. I saw this a lot in places where I couldn’t stop for a photo.

Javelina Rocks, but none of these “Collared Peccaries” to be seen today. Probably resting in the heat of the day.