Home / Trailer / The Hitch in an Otherwise Quiet Ride

The Hitch in an Otherwise Quiet Ride

The Hitch in an Otherwise Quiet RideJanuary 22, 2016 FrankLoWa
Trailer
1 Comment 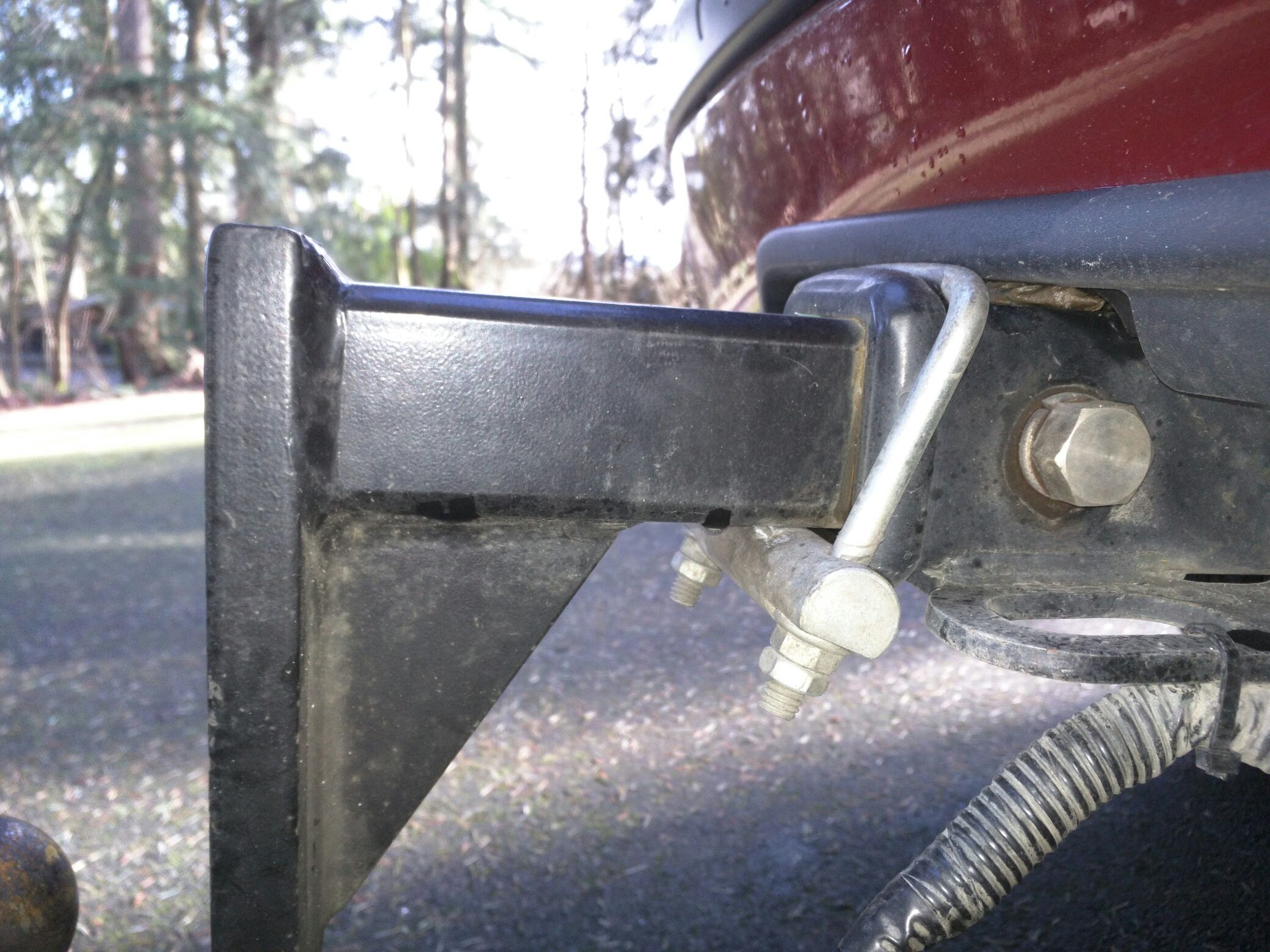 Trailer hitches are designed to do work, not be quiet.  On a truck you probably won’t notice, but in an SUV it is loud and distracting.  This post is about how I kept this beast under a pillow, mostly. 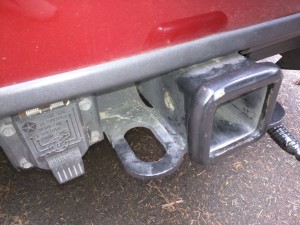 A receiver hitch is a square metal tube mounted on your vehicle into which a loosely fitting metal tube is inserted and loosely attached.  In a truck this is mounted on a frame separate and well removed from the passenger compartment.  So in a truck the noise created by movement of these parts isn’t very noticeable.  SUV’s like my Jeep Grand Cherokee don’t have a separate frame, so the hitch is mounted to the same metal that forms the rear of the passenger compartment.  The passenger compartment is not only where you are sitting, but it also a huge resonance chamber. So when the inner tube pivots upward on the hitch pin as you pass over a small bump, the “clunk” is like someone beating on your door.  It is also immediately followed by another “clunk” as it returns to the original position. I would further note that the timing of this second clunk is somewhat random.  The tube can also move side to side, and a little back and forth.  Each of these is the author of some random percussion and together they are neither harmonious or melodic in normal terms.  In short to my ear it is chaotic and jarring, but perhaps more to the point, it distracts from the other melodic sounds of the engine, transmission, tires on the road, and wind passing by.  A mechanical problem like this calls for a mechanical solution. 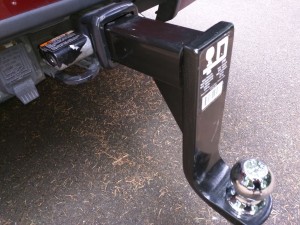 The key to solving this challenge is to keep the draw bar from moving inside the receiver tube.  No rocking up and down on the hitch pin as we pass over bumps, no skewing left and right as we roll around a corner, and not and movement front to rear as we start and stop.  In the end I was able to tame the left/right and up/down pretty well, but each push and pull from starting and stopping would still produce a single clunk.  I was also plagued by a squeak that would develop after a couple thousand miles of towing in bad weather.  The hitch would move ever so slightly up and down and squeak as it did so.  Disassembly, cleaning and reassembly were the only cure. 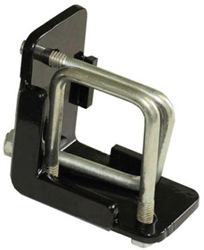 Most of the hitch immobilizing solutions on the market expect there to be plenty of space around the mouth of the receiver tube.  The Jeep’s tube however has its safety chain plate mounted almost right against the lip that surrounds that end of the tube.  I didn’t recognize this difference until I tried to use several really highly rated products.  The Blue Ox hitch immobilizer is the first product I tried.  I think this would have been the perfect solution, but it requires clearance that this receiver just doesn’t have.  If you have clearance, this is where I would start.  I tried another variation of this from my local trailer shop that had only one screw, but the clearance didn’t allow this to work either.  I ended up using two products.  One to control the up/down and one for left/right. 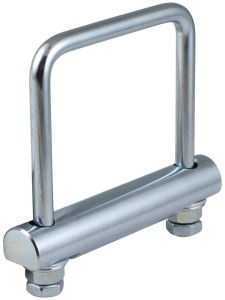 The first product was the Roadmaster Quiet Hitch, aimed at controlling up and down rocking.  The best way to mount this product is with the solid bar on top of the draw bar, and the U-bolt under the receiver and ahead of the lip that is around its mouth.  In this manner it holds the draw bar down, this is the position where the draw bar naturally rests when the trailer is pressing down at the ball.  However this orientation isn’t possible on my Jeep because the safety chain plate takes up the space behind the bottom lip.  So I had to put the bar under the draw bar, and the U-bolt over the receiver tube and behind the upper lip.  Thus it is holding the draw bar in the up position.  This is against the downward pressure of the trailer on the hitch, so not optimal, but the only choice.  It seems to work, but I’ll bet that it flexes as I’m driving down the road, and probably contributes to the ability of the draw bar to move fore and aft. 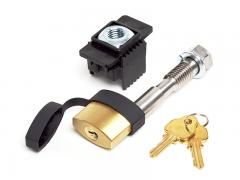 The second product was the Softride Hitch Pin, aimed at controlling side to side movement.  This installed quite easily.  There is a plastic assembly in which a large nut is captive.  The other side has a place for a coil spring.  You slide this assembly into the drawbar and align the nut with the hitch pin hole.  The spring keeps things in place while you then put the draw bar into the receiver tube.  When you have aligned the holes in the bar and tube you push the pin through and thread the last part into the nut.  Before you tighten it, you put the locking end on to help center the bolt in the holes.  Now after tightening it the draw bar is held snugly against one side of the tube.  It is tempting to really crank on this bolt, but I’ve read horror stories from people who have done this.  So I used a torque wrench and followed their spec.  I did end up tightening it a couple of times in between when I disassembled the whole thing for cleaning.

So, a little squeak is a lot better than a lot of squeaking, clunking and squawking.  I really resented having to disassemble it when I was doing it.  But in hindsight perhaps a small price to pay.  Of course you may not have to worry about this at all if you are pulling your trailer with a nice big truck.  If so, then double thanks for reading!

One Response to The Hitch in an Otherwise Quiet Ride

Something You Aren’t Doing…
Next The Adventure Begins