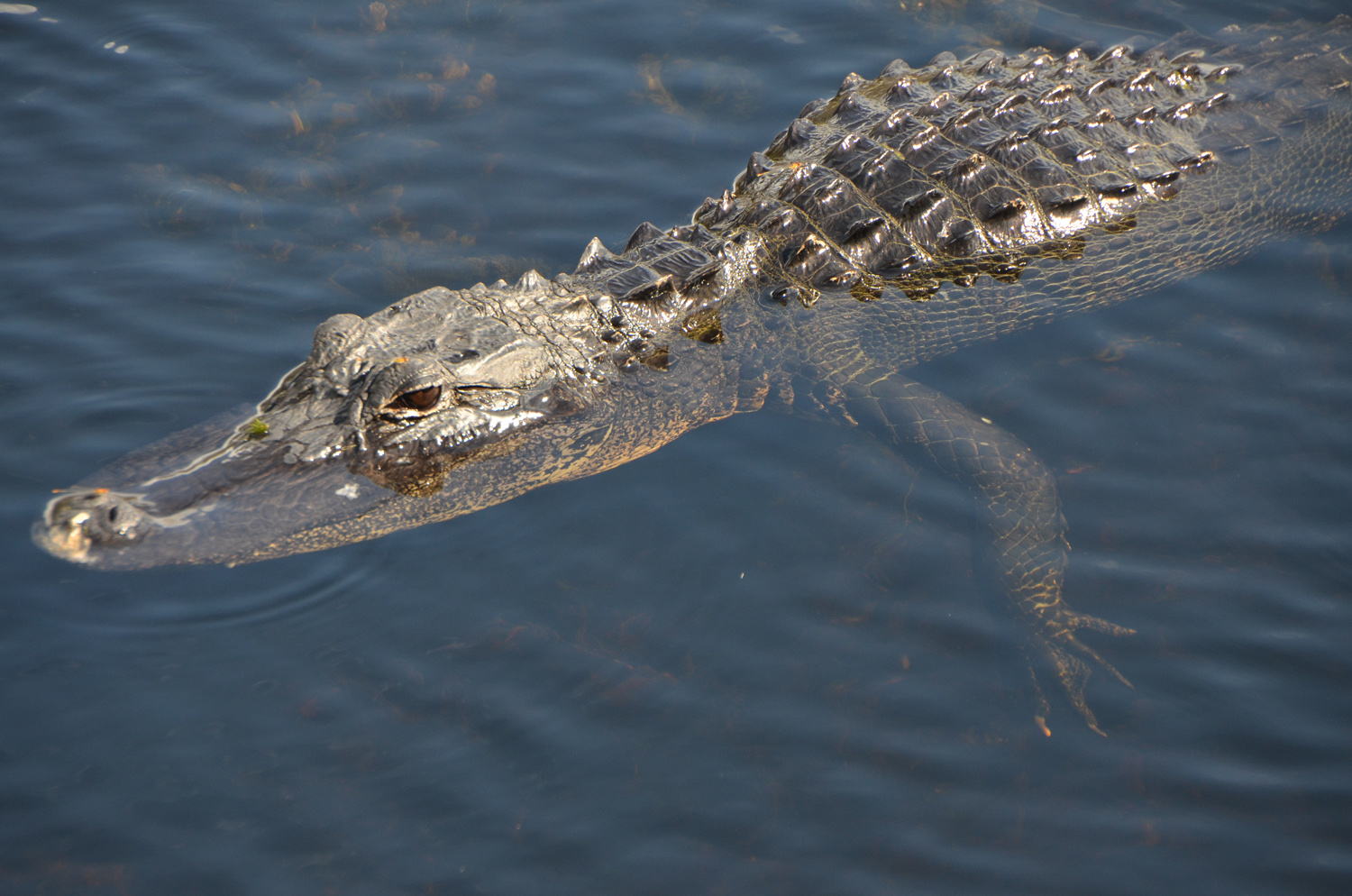 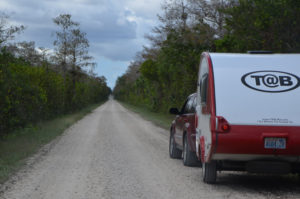 November 9th, 2015 – Southern Florida – Adjacent to the Everglades is the Big Cypress National Preserve.  You pass through this on highway 41, the Tamiami Trail.  I drove along the “Loop Road” and also stopped at the H.P. Williams Roadside Park.  Highlights include Gators, a really nice drive through the Cypress swamp, and plenty of wading and diving birds. 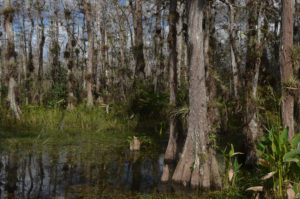 As I was heading west along Highway 41 I took the turnoff for the Loop Road where 41 makes a strong angled turn to the northwest.  The loop road runs through a small village and is a fairly narrow bit of pavement but still two lane through here.  It heads due west at this point.  The road becomes a gravel surface after this, but was very smooth at the time I was there.  Speed limit is 25 most of the way, so this is more about sightseeing than getting somewhere in a hurry.  The vegetation in the swamp wants to overtake the road.  I passed a “mowing” crew along the route, using a very aggressive tool at the end of a long articulated arm they have to trim the “walls” of the road up at least 20 feet. I’m going to guess this is a constant task.  The walls of vegetation don’t provide much of a view into the swamp, at least for the driver, a passenger might see more looking straight out to the side.  But there are regular breaks in the road with small bridges that allow water to pass by.  At this points you can see deeper into the swamp and this is where I would slow down or stop to get a look at things. 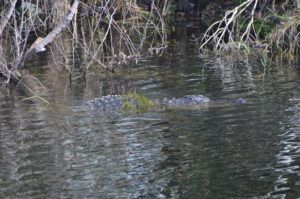 Once back out on 41 heading west it isn’t far to the H.P. Williams Roadside Park. H.P. Williams Roadside Park I recommend stopping here if you haven’t seen your quota of gators.  It takes a little patience to spot them unless other folks are there already having done the patient work.  Gators don’t move much and when they aren’t moving they are pretty hard to spot.  Once you see one or two you start seeing them all along the edge of the water.  Sooner or later one decides to move and may even come swimming by where you can get a close look.  This happened for me, affording perhaps the best shot I got of a gator. 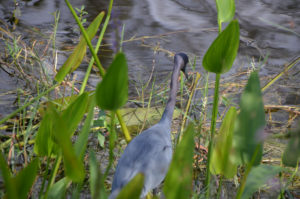 In the meantime there are a lot of diving and wading birds to watch.  Lots of cormorants and anhingas in the trees sunning themselves.  I watched a little blue heron hunting in the grass at the water’s edge for a while.  It was an unusual opportunity to look over its shoulder.  Usually you only see them across the water as they will fly away if you approach from land.  But these birds have figured out that the humans never come beyond the fence and mostly stay put.

Great blue heron. The sun on the road and reflecting off the car is causing this harsh reflection back into the otherwise shady grove.

And the occasional gator

This guy came swimming over as if to get his picture taken.

Cormorants sunning themselves in the trees.

This big old gator had weeds on his back.

I managed to hang out and watch this guy hunting for a while.

Everglades (3 of 3) – Shark Valley Area
Next