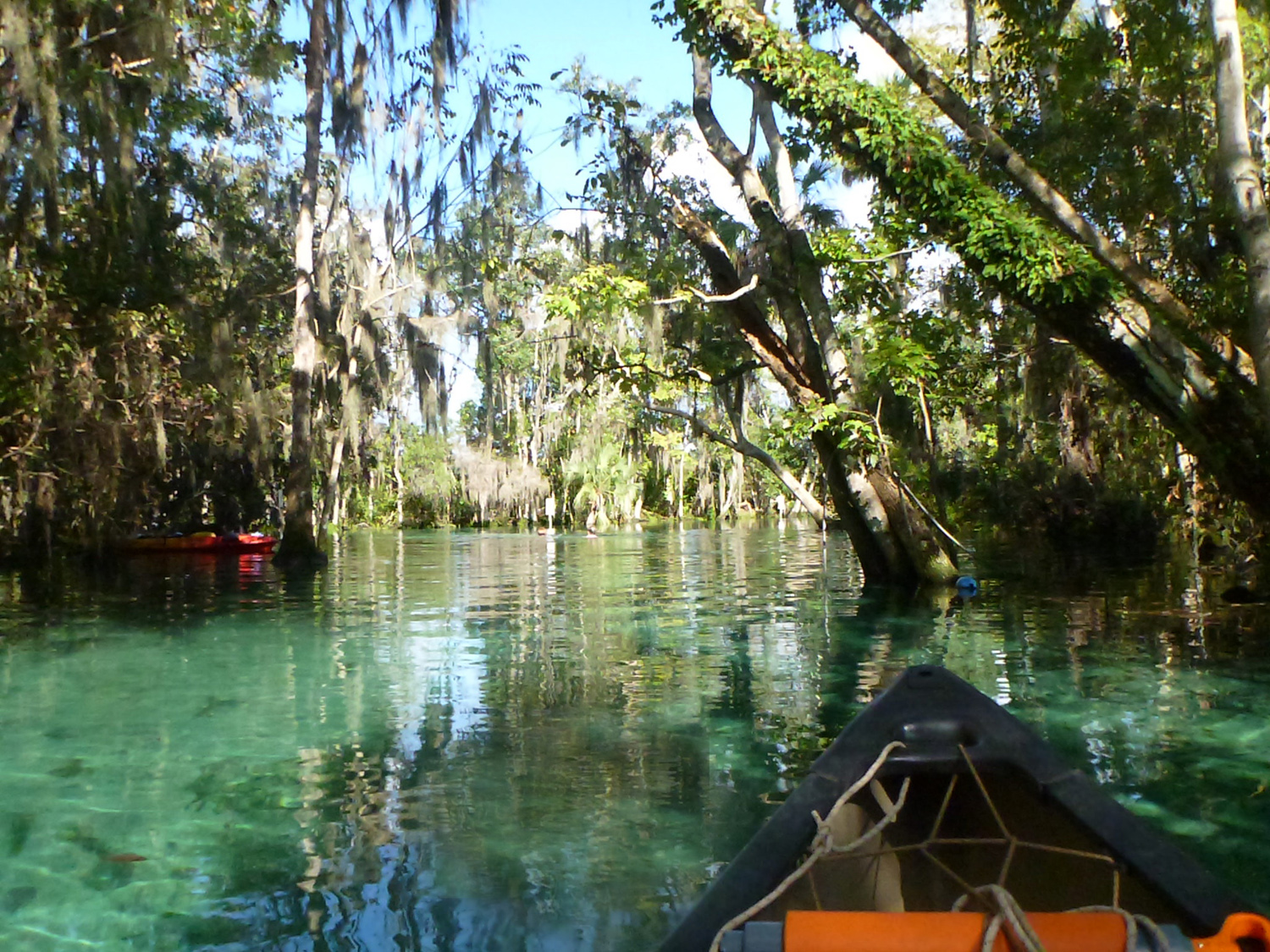 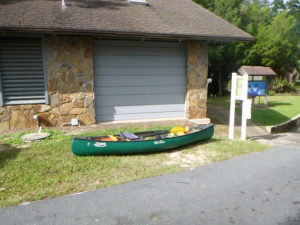 November 10th, 2015 – Florida – The Gulf Coast of Florida is also often called the “Nature Coast” and the Crystal River is a great example of this.  I paddled up the river and into Three Sister’s Spring and while it was a little early for the crowds of Manatees to show up, I did get to see several of them up close. 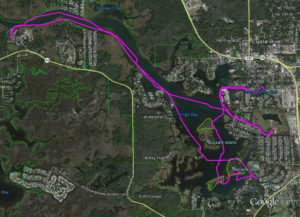 I started out from Fort Island Trail Park and paddled up the river into King’s Bay.  The beautiful blue sky was reflected in the warm water and was tempered by a light warm breeze.  There were Egrets and Herons hunting along the banks, and gulls looking all about for opportunities.  I used the GPS to choose my route into King’s Bay, the general location of the springs I had heard about online. 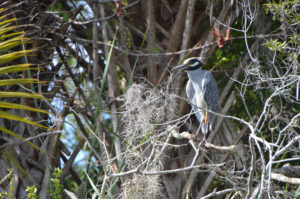 Along the way I spotted a more colorful wading bird unlike others I had seen, it appeared to be bathing at the shore.  At first I thought I was looking at a parrot.  As I got close it flew off to the other side of a small island.  I hadn’t pulled my camera out yet, so I took a moment to get it ready then worked my way around to where I had seen it fly.  I spotted it sitting up on a branch over the water.  I got the canoe moving in the right direction and coasted up to it slowly.  As I watched it held its wing out to the side and forward and then lowered its head, it did this several times.  I seemed it was creating a shadow on the water surface to better see what was below.  Well it tolerated me and the canoe long enough that I got some pictures and moved on without disturbing it further. I later identified the bird as a Gold Crowned Night Heron. 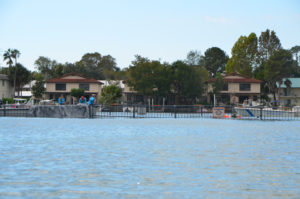 Soon after this I came into a wide but shallow bay that extended off to the right with houses along the shore.  Some splashing near the shore caught my attention and I recognized the shapes of dolphins.  I pulled out the camera and took a little video but they didn’t come much closer.  I couldn’t tell if they were playing or fishing or what they were up to, but they did this for two or three minutes and then went under and I didn’t see them again.

I wasn’t entirely sure where the main spring was, but I had seen pictures and was using the GPS’s basemap to investigate.  I was enjoying the adventure of exploration.  I found two springs, one was pretty quiet, but at the other I encountered several areas that were fenced off.  One of these areas had a couple of boats inside and divers in the water.   It turns out that they are planting eel grass that was grown elsewhere with the hopes that it will spread outside the enclosures and provide both good habitat for various creatures and food for the manatees. 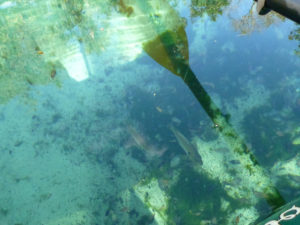 The GPS basemap didn’t have much detail, and I hadn’t pulled out the phone to look for other clues as to where to find the Three Sister’s Spring.  So I was thinking I should probably head back, but I ended up chatting with a couple of ladies who were out on the water as well.  They said they were heading to Three Sister’s Spring and that I could follow if I liked.  So we made our way over there and sure enough we saw manatees.

The Three Sister’s Spring connects to the river through a small channel, and now with the manatees not quite ready to come in to the warmer water it is still open to boating and swimming.  The spring is surrounded by trees with Spanish moss hanging down.  The bottom is white so you can see the light playing through the ripples on the surface.  The water is perfectly clear and you can see the fish swimming around.  Some of the fish seemed to like to hang out in the shadow of the boat. 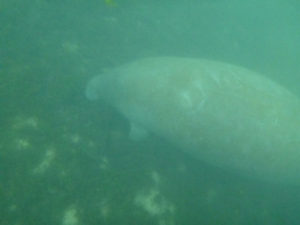 When I came back out of the spring into the channel there were a couple of manatees swimming around apparently eating.  It was difficult to see them through the glare on the surface, but someone who was standing up on a pontoon boat was able to see them and point them out.  I put the waterproof camera underwater and just started clicking.  I was lucky and got a couple of good shots.

Alas time had come to work my way back, and the wind had picked up.  I was blowing pretty hard from the west, and the sun was blazing from that direction also.  So the last four miles of the paddle were definitely a challenge and in spite of a strong pace, it was slow moving.  Any rest in the paddling would have meant being blown back down the channel.  I took one such break to get some water out of my dry bag.  All together it was about just shy of seven hours and eleven miles.  A great day on the water.

Into the water we go.

The quay into which we launched.

Up the quay a bit.

He was using his wing to create a shadow on the water below and perhaps to break up his outline.

Selfie near the first spring

Fences in the water are to protect newly planted eel grass. Need to keep the manatees away until there’s plenty to go around.

Getting closer to the spring.

When the mantees are here this is off limits, but they weren’t quite here yet.

Fish hanging out in the shadow of my paddle.

Manatee surfacing. You hear the snort and they’re gone.

Shoved the waterproof camera down and clicked a couple times.

This is radio collar.