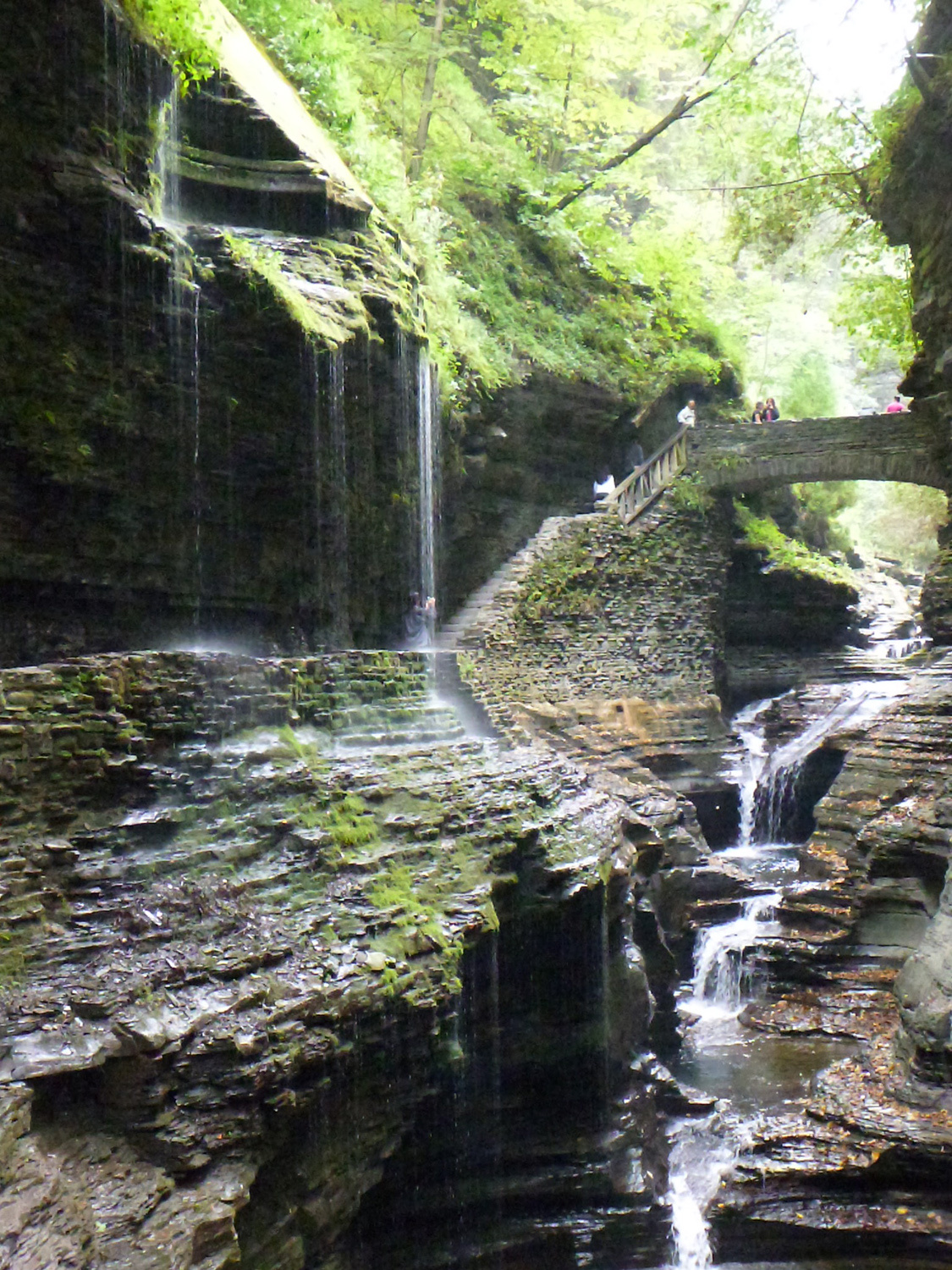 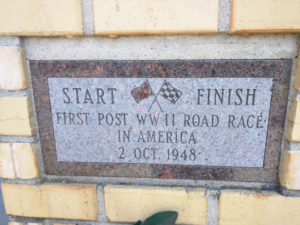 September 10th-12th – Watkins Glen, NY –  From when I was young I had an idea that I would visit Watkins Glen.  Then it was about cars, but in the end it was to see an old friend from High School.  That I got “stuck” in town for a huge annual Vintage Car Festival was icing on the cake.  A great visit, met new people, saw classic cars up close, hiked through the namesake Glen and even saw a couple of 3D movies.

When I was really young I had heard something somewhere about car racing and Watkins Glen.  The word “Glen” was new to me, so every time I saw it on a road sign I would ask my dad if that was the place where they raced cars.  I’m sure he was confused about where this question was coming from, but I was always full of questions anyhow, so I probably never clicked that I was talking about Watkins Glen.  So I had some idea I would go there from long back. 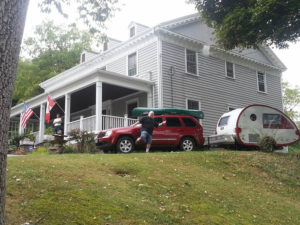 My friend Iliese suggested that I drop by if my travels brought me that way and it was an easy fit to go there on this trip.  She and her husband Chris have a huge early 1900’s house in town that they are converting into a Bed and Breakfast.  So they certainly had room for a little trailer.  In fact, they offered a room, but the trailer suited me just fine, and I am grateful for the hospitality.

At first I was thinking to just stay long enough to get caught up and share a meal but then I heard about the Vintage Car Festival and decided I could stay a night longer.  We toured the Concours d’Elegance and watched as the cars did their parade laps of the historic street grand prix course.

The weekend would normally have coincided with races at the new course, but that happened early this summer because the track is getting some much needed resurfacing and is closed.  I spent the day with Iliese and Chris and we ran into her brother Steve from time to time.  I have borrowed a few of their pictures for your enjoyment here.  Here are some additional photos.

We also spent some time looking around town and listening to a panel of speakers talk about Can-Am racing history.  We retired to the homestead for a great bowl of chili that had been cooking since the day before.  And each night we watched a 3D movie in comfort in their living room. 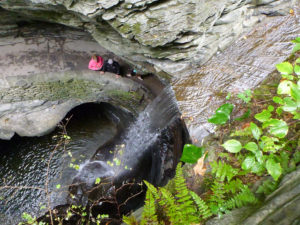 The following day we hiked part of Watkins Glen itself.  The soft sedimentary rock has been cut away by the flowing water to create many waterfalls small and large and a trail has been carved sometimes through the rock and under waterfalls to take you to the most scenic views.

The walls are covered with mosses, ferns and small plants and a light breeze follows the water downstream.  The day we were there was a bit drizzly, but I am glad we had the nice weather for the cars the day before.  Do have a look below at the photos. 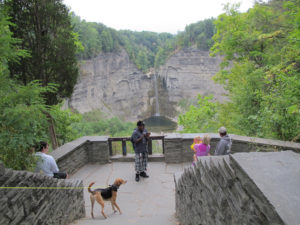 On the way out Steve guided me to two other waterfalls along the way, Hector and Taughannock.

Iliese and Chris’ house, with the trailer in front. Frank hamming it up, Chris on the porch having no part of that.

We all had a nice dinner down at the marina, sunset and all.

They used to race on the streets.

Approach to Watkins Glen from the parking area

Stairway tunnel carved through the rock to start the walk.

Iliese provides scale for the set of steps.

Walk behind the waterfall, and over the bridge

All manner of plants trying to make a living on the walls of the glen.

The trail goes well behind this fall

It is a stretch to even reach the water flowing over.

Hector Falls, on the road out of town.

A Taste of Pittsburgh
Next

Pardon Me, Just Passing Through