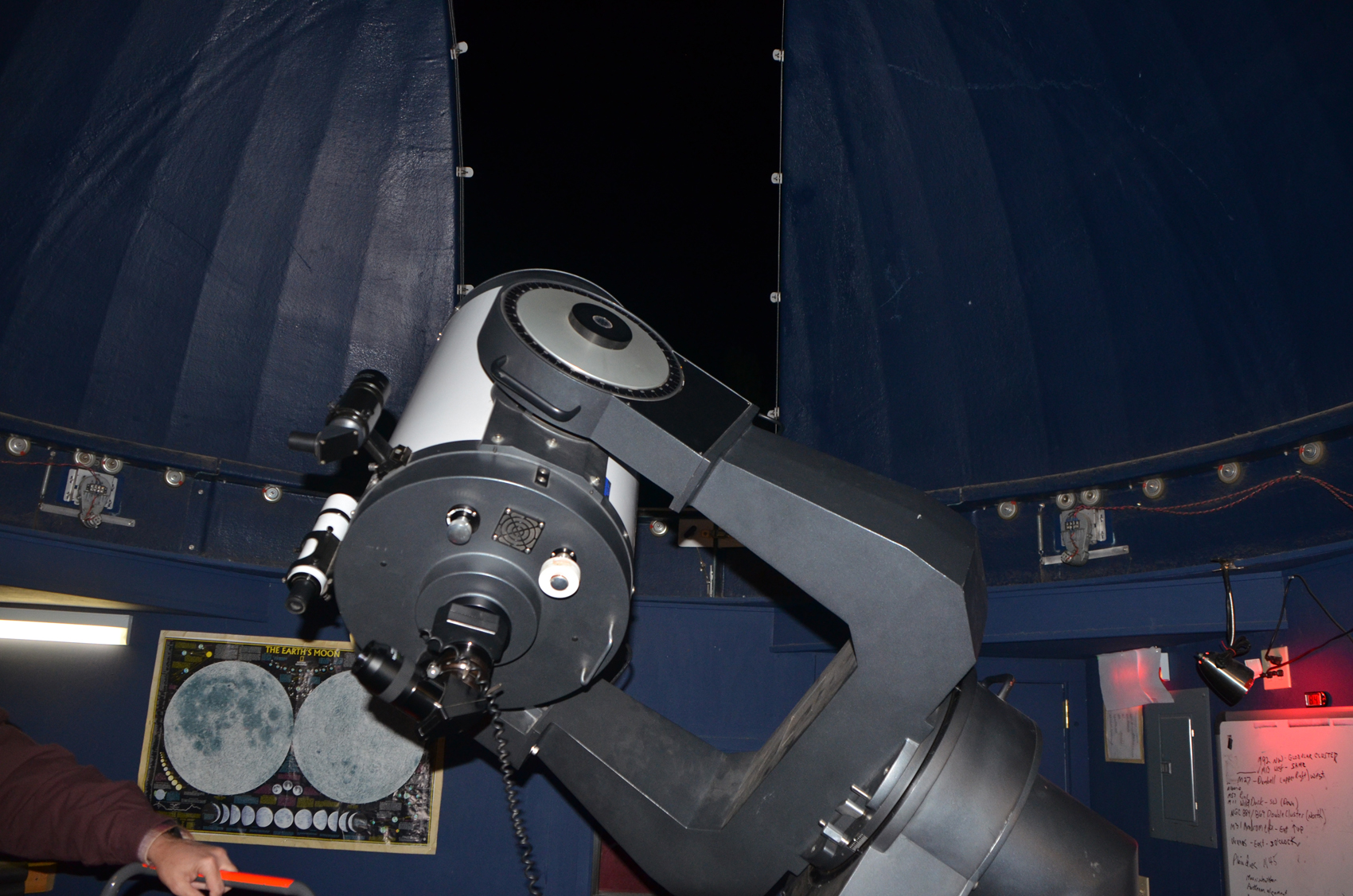 November 19th – 22nd – Arizona – Lots of little adventures in Arizona aside from the headline shows.  An RV Park with its own observatory, a great mechanic, and a piece of historic Route 66 are among the highlights.  Other Arizona posts (some coming soon) include Chiricahua National Monument, Saguaro National Park, Sunset Crater and Wupatki National Monuments, and Grand Canyon National Park.  But interspersed in between were a lot of little adventures. 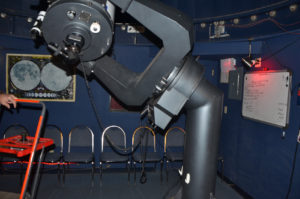 Looking ahead I had made a reservation at an RV park in Benson based on ratings I had seen online.  What I didn’t actually come to find out until later is that this park has its own astronomical observatory.  A large telescope permanently mounted in a small building with a dome, outfitted for small groups to view celestial objects on a clear evening.  They have a guided program each night when weather permits.  The small group was great, we chatted while the others were taking their turns at the telescope.  The park was very nice, and I would highly recommend it.  Of course if you are interested, be sure to ask if this program will be offered during your stay. 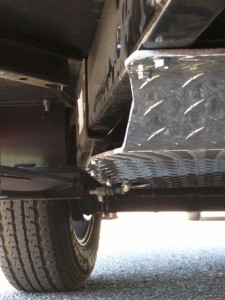 As I was arriving at the RV park I noticed a sound coming from the trailer.  It seemed to happen when I went over a rough spot in the road.  The paved parking spaces at the park made it much easier to get under and have a look.  Turns out that several of the bolts holding my forward custom skid plate had come out so it one side was bouncing up and down and clattering against the bottom rails it should be mounted to.  I got moving early and headed to the local hardware store.  I found some similar bolts, but the threads in several of the holes were stripped out and the block above the axle had shifted out of place.  When we lowered the axle, we had noticed that it it no longer pushed up against the bottom of the fresh water tank.  To keep things as they were we mounted a square metal tube on top of the axle.  I had noticed this had shifted out of position, and I was worried that this might lead to further complications.

While I managed to get a couple of bolts in, it felt like I might need a bit more professional perspective.  So I headed down the main road in town a bit where I virtually tripped over a shop.  I pulled up outside the open garage door and I went in and asked if they could help.  The owner came out with me and looked under the trailer, and suggested we put it up on the lift and take a closer look.

Once the trailer was up on the lift they pulled the skid plate down and we had a closer look at the water tank.  It turns out that it is very securely fastened to the floor, and doesn’t seem to need the extra support, in fact it looked like the tubing might do more harm than good, so we removed the tubing from its shifted position.  They put the skid plate back and got the trailer off the lift and this all finished up just as the parts for his first appointment of the day arrived.  A big thanks to Oakley’s Garage and Towing for giving me some peace of mind, a good look at the bottom of the trailer and getting me back on the road faster than I could have imagined.

As an aside, this repair lasted for a while, but that front skid plate is really just too heavy and gets too much vibration to be supported by the few self tapping screws we had used.  So after a few more exciting incidents replacing screws and experimenting with thread lock, I finally removed it for the last few days of the trip.  Then when I had returned home, we secured it with some additional through bolts. 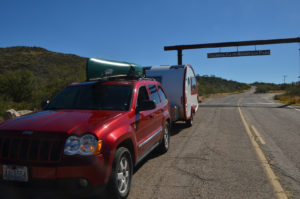 Now, lets switch gears a bit.  Back when I was in high school I was introduced to a computer game.  Known as “ADVENT” or “Colossal Cave”, it is the first text adventure game.  Now I know that it was actually loosely laid out after the Mammoth Cave system in Kentucky, but when I tripped over a sign “Colossal Cave Road” I was quickly reminded of those good old days.  It turns out that there is a cave to explore here.  But the bonus for me was the street sign.  I stopped and took a few photos and my thoughts were drawn back to days creating my own text adventures using that game’s code and data structures. 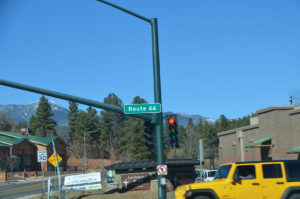 That night I ended up staying at a rest area north of Tucson, and I got an early start on the next day.  So it was that I found myself looking for breakfast in Flagstaff where I stumbled onto a section of historic route 66.

That day I worked my way through a couple of national monuments and into Grand Canyon, I was only able to get the one night stay in Grand Canyon, so I got an early start and took in all the sights I could.  From here back out to the east and then north through the Navajo Reservation and into Utah.

Back on the road

Telescope looking up through the dome roof.

Chairs around the side of the room for folks to hear the presentation and wait their turn at the telescope.

Not a maze of twisty little passages all different.

Cave, Mountain, Park… hmmm. all of these?

Yeah! A place to park next to an idling truck! But no cost.

In the morning at the rest area.

Looking for breakfast I found Route 66.

Snow in them thar hills.

After the canyon in Navajo country.

On a gas pump on the Navajo reservation.