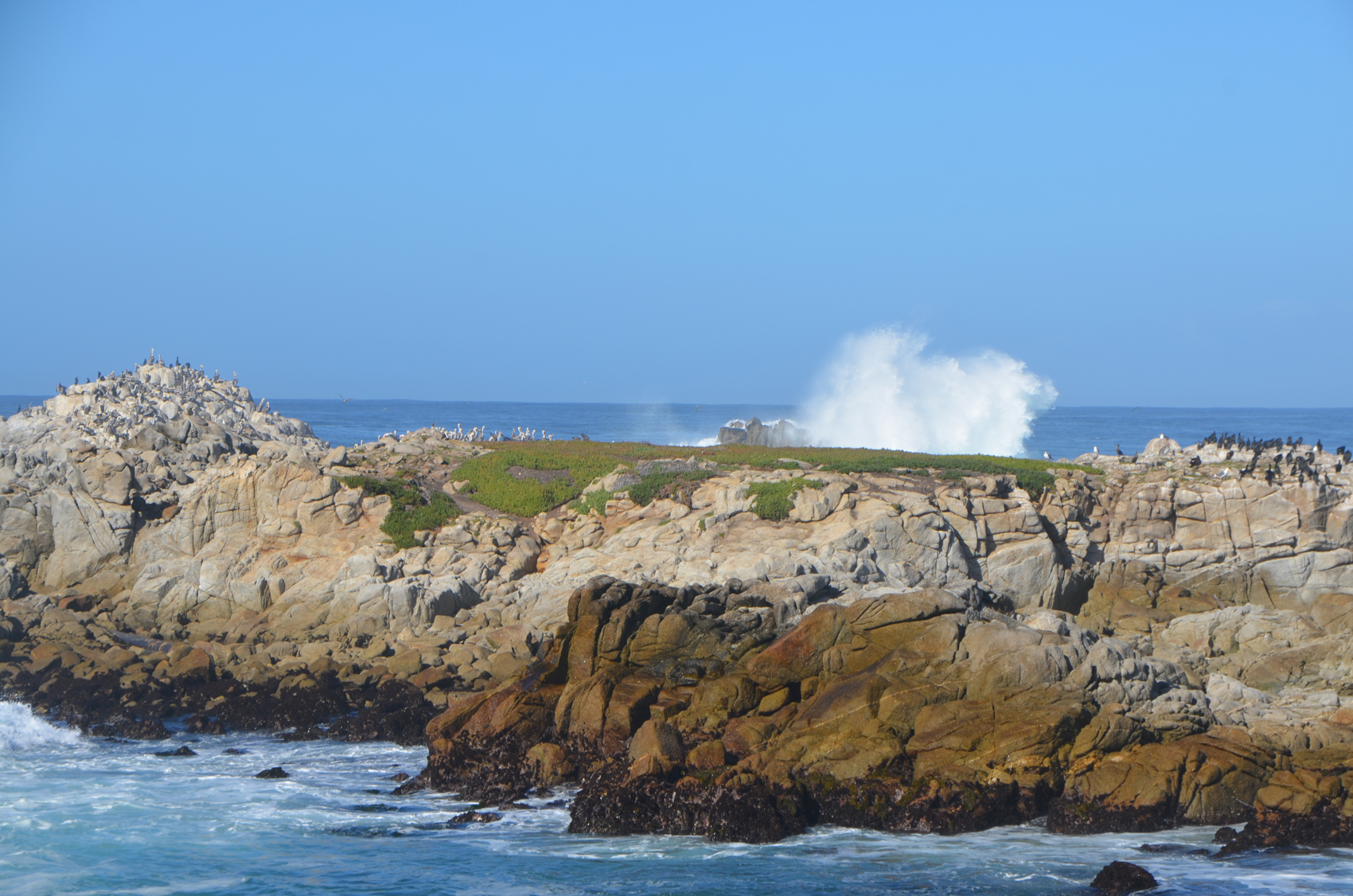 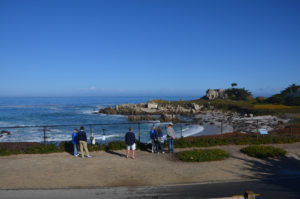 I parked the trailer at an RV park up the road a little over a half hour at Betabel.  I came into town in the late morning and took my time driving and stopping along the Monterey shoreline from Point Cabrillo on Ocean View Blvd to Sunset Drive and along the Asilomar shore.  The temperature was just right and being a Friday off season there were only a few folks out here, and many of them locals on their daily walk or run. 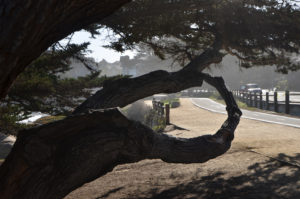 While driving by I saw a number of people along the shore gathered by the fence, I found a spot along the road a couple blocks up and walked back.  The trail along the shore here is wonderful, wide and level, plenty of room for everyone.  I enjoyed the character of the old trees, made strong by the severe weather and trimmed so you can walk under their wide arms.  Benches to sit and relax, and a view that invites you to contemplation. 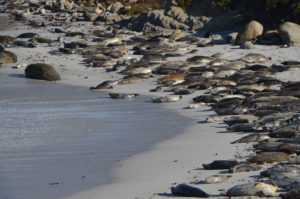 I arrived back to where the small crowd had gathered.  They were looking at harbor seals hauled out on the beach.  There were volunteers here with information and binoculars.  This beach is park of Hopkins Marine Station, and the seals come regularly, although it seems their numbers are in decline.  It was a little tricking getting a shot through the chain link fence, but the seals get excited if people appear above the fence. 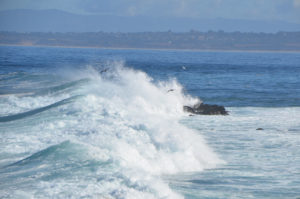 I worked my way along the shore towards Point Pinos where the beach rounds the corner, going from a Northeast facing line to a nearly west facing line.  The swell was coming from the Northwest so the waves were breaking across the shore at a low angle on the first beach.  They were hitting the point squarely and the west beach at a more acute angle.  The Gulls and other opportunists were swarming over the waves on the first beach, whirling and positioning themselves to capitalize on whatever got turned up in the slow churn. 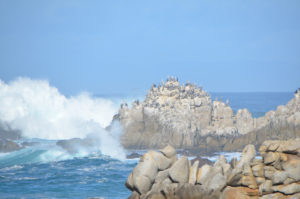 At the point, there were several colonies of birds out on the more remote rocks.  These small islands have small “lawns” of hearty green plants on their tops, sides scrubbed mostly clean and weathered by the waves, then down towards the waterline light coverings of algae fading to dark beds of mussels and sea weeds.  On their tops, up where the spray is less severe the birds are gathered.  With the long lens I was able to see several groups of Cormorants and Pelicans. 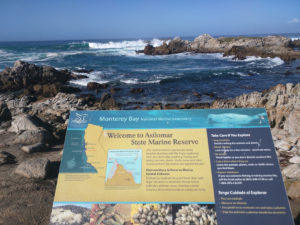 From the point and south is the Asilomar State Beach.  Trails along the shore provide an easy way to enjoy the views of the rocky shore.  Outer islands and outcrops shelter small protected beaches, each with slightly different coverings of sand and rocks graduated in size with the finest nearest the water and the largest up and away.  As the waves crashed and broke on the outer rocks the water rises and creeps inward then falls and slides back.  Occasionally a wave is tall enough to ripple all the way in and roll up the sand.  As it retreats on the steeper parts it forms temporary river beds in the loosely packed gravelly sand. 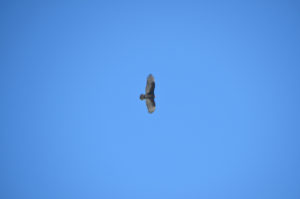 Turkey Vultures soaring overhead were hard to track against the midday sun.  Little birds were flitting here and there, perching on fences and wires, foraging along the trail and in the low plants.

Grand old trees along the path

Green water along the rocky shore

And pushing over the rocks

Waves bend around and surge into the cove. You can just see the seals on the beach furthest away.

Let the water carry you as far as possible.

Viewers and volunteers. They had a spotting scope, and information and were quite happy to chat.

Looking to the northwest along the shore

Closer to the point the wave action picked up

The birds flying along the water looking for a treat that might have been churned up.

Pan left and we see another group, this time Pelicans

This sand was very full of water and soft such that you would sink in quickly.