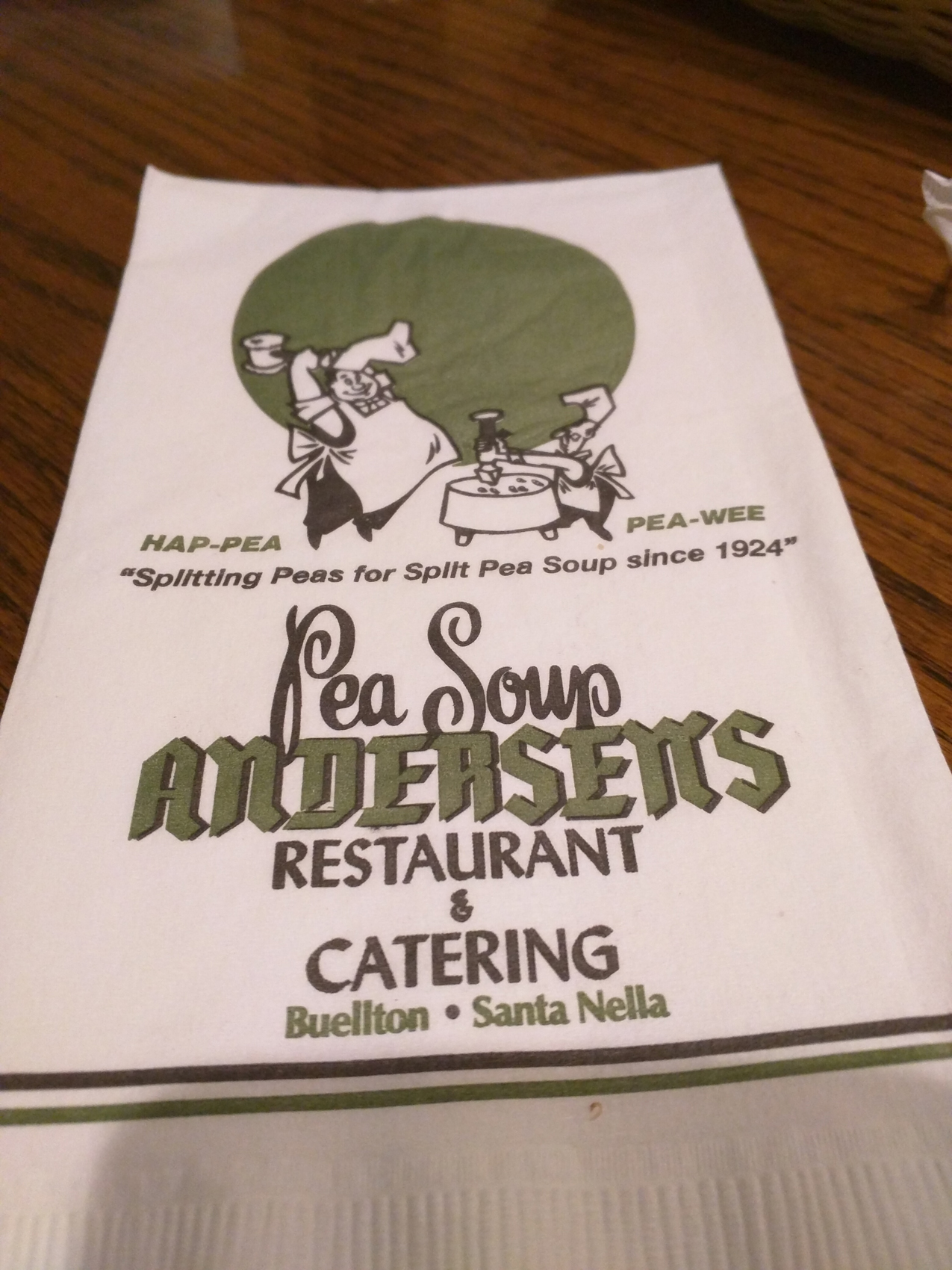 December 1st, 2015 – Redlands California – A quick visit with my sister in Redlands, and off I went towards the coast, and north.  I’ve been up and down the west coast a lot, and I’m getting anxious to settle down with a solid internet connection back home. 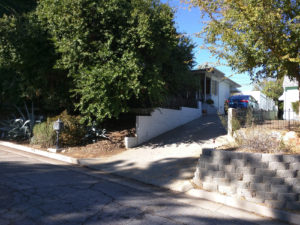 It happened to be taco night at the local Mexican place my sister and her husband frequent.  This made for a great dinner and excuse to sit and chat.  Alas, it was a somewhat abbreviated visit.  On to the coast and north. 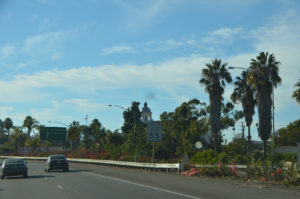 Oh California, in your infinite wisdom, thank you for setting the speed limit for any vehicle with a trailer to 55 miles per hour.  Especially wonderful when the speed limit for everyone else is 70 and there is only one lane each direction with no passing allowed for tens of miles at a time.  Wide open, smooth, straight, flat road and same speed limit.  In a state that allows motorcycles to ride between lanes, I’m being passed by 30 foot motor homes from the sixties held together with duct tape.

Next wonderful California deal is parks.  I decided I should at least see a beach before I headed north, so I pulled off and followed signs to a “public beach”.  I was also thinking this might be a good opportunity to use the restroom.  The parking lot had a person at the entrance in a booth.  I saw that there was some day use fee, and decided I probably didn’t want to spend a dollar a minute for a quick look at the beach.  But I was nearly at the booth and there was no place to turn around.  So I pulled up and asked if perhaps I could just use the restroom?  The lady was nice enough but really didn’t understand what I was saying.  She just kept asking for “eight dollar”.  So I changed my tack, said I was sorry and asked about “just turn around”.  She waved around the booth and out a couple times, so away I went. 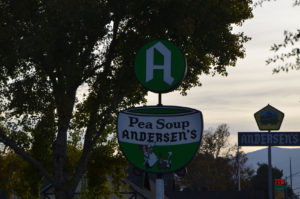 As I talked with my sister and her husband about where I was heading they recommended that I look for an iconic restaurant, if I ended up in that area.  As it turned out it Pea Soup Andersen’s ended up being within walking distance of where I stopped for the night, but not until after a little mechanical drama.

I decided to take a bit more scenic route up through the hills as I passed through Santa Barbara.  Happily the speed limit on this two lane road was 55 for everyone.  It was a warm afternoon and I had the window open, so when the rear edge of the skid plate came loose and started scrapping on the pavement I heard it right away.  The road was pretty narrow here, but I felt I didn’t have much choice but to stop as it was probably spewing sparks and certainly grinding the edge/corner of the plate.  So I pulled over at the widest spot I could find. 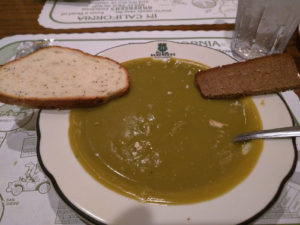 The car was on a paved shoulder, but about the worst place you can imagine otherwise.  It was on the inside of a right hand turn and the steep hillside was blocking the view.  Cars coming around the corner couldn’t see the trailer until they were pretty close.  The left side of the car was inches from the white line, thus no room to open the drivers door.  So I climbed over the console and out of the passenger side.

Putting screws in to hold it up wasn’t going too well given where I was stopped.  So it seemed that pulling all the screws out of the skid plate and taking it off completely might be easier.  I started that process only to find that one of the screws was so rounded off I couldn’t get it to turn at all.  Finally I decided I would put a couple of screws back in, then use some rope to tie it up where it would be off the ground and move to a safer spot.  That went pretty quick and I was off, and out of harms way.  I stopped a few miles up the road, and still couldn’t get that one screw loose.  So I put screws in everywhere I could and tightened up the ropes as a backup plan. 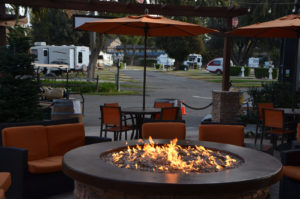 So, after all that it was getting late. Not too far ahead was the resort town of Solvang and next door Buellton.  I found an RV park in Buellton that had a spot for the night and settled in.  As I said, this turned out to be right near Pea Soup Andersen’s, so I headed over there for a nice dinner.  The pea soup is great, and served with assorted bread.  The turkey dinner sounded pretty good, perhaps I was think back to that good but not great pot pie from Thanksgiving.  Top it off with a strawberry shake and quite a nice meal.

About this point the Jeep really needed its oil changed and I wanted someone to look at the drive train because it had acted up amidst all the fun with the skid plate. Same slipping as it had once done or twice before, seemed like the transfer case or transmission might need servicing.  So first thing in the morning I dropped by Buellton Garage and they got me in.  They got the oil changed, and looked over the gear boxes and decided they didn’t need maintenance, but found a leak in the power steering pump hose.  I was pleased that the folks at the RV park let me leave the trailer there for an extra hour while the shop finished up, but in the end the part they could get wasn’t the right end of the hose, and the other end wasn’t available from anywhere but the dealer.  So I hooked up the trailer and was back on the road again and headed north.

Trailer Snuggled in at Neighbor’s across the street.

55 miles per hour when towing

Three signs, Regular speed limit, another for 3 axle or more trucks, and another for towing. That means that a two axle 30 foot motorhome that probably can’t maintain 65 can drive faster than my hemi powered jeep with a 1700 pound trailer. Crazy.

Turkey Dinner, that is one heck of a pile of turkey.

And a strawberry shake