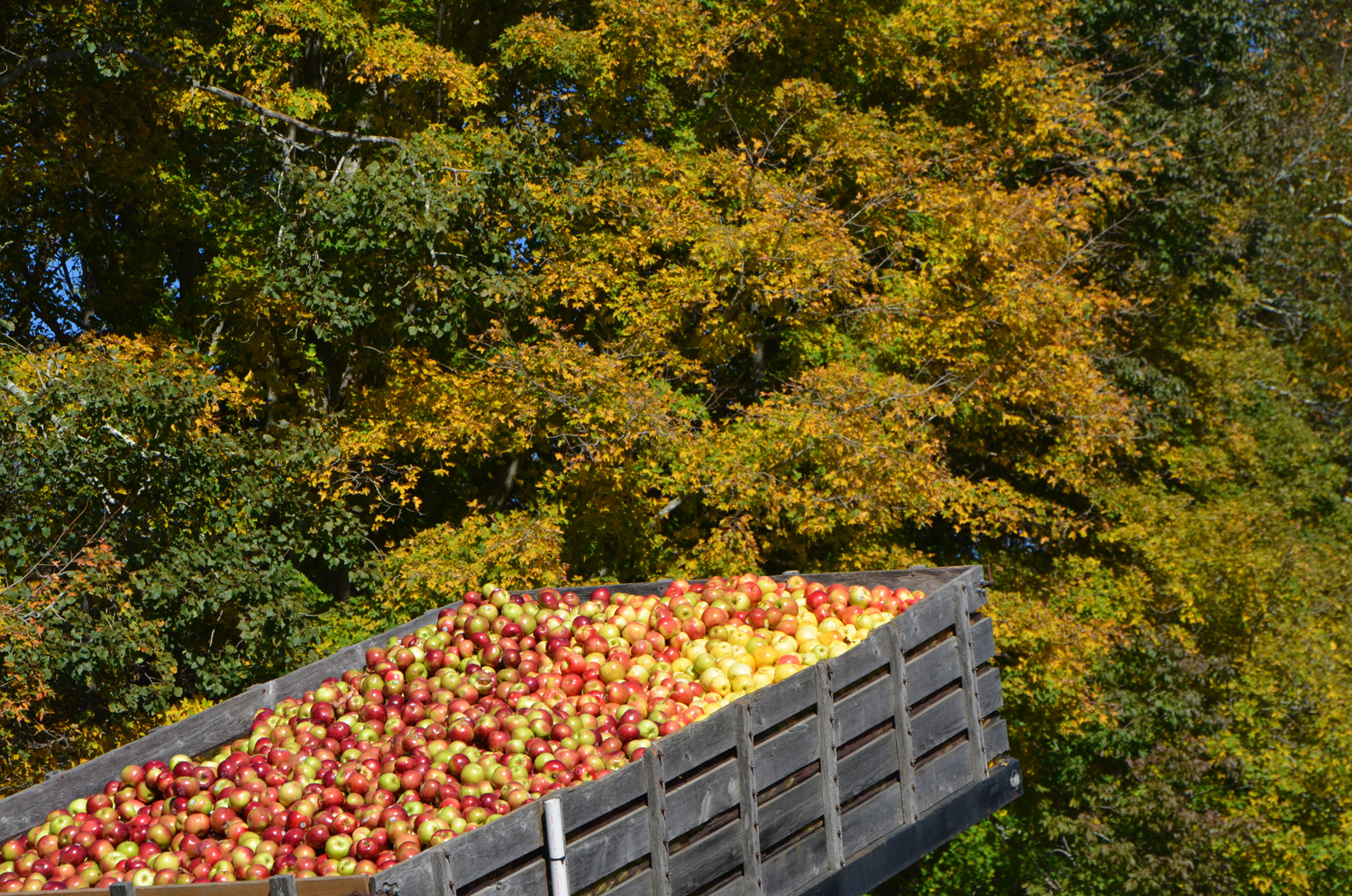 October 8th-15th, 2015 – New London, CT – So fortunate to visit my dad’s sister and family in New London Connecticut, and a bit of sightseeing while I was there, I also took the train from here up to Boston for a day.  In this post, some highlights include a visit to Fort Trumbull, a ride on the Hadlyme Ferry, and a visit to Clyde’s Cider mill, and some great food both home cooked and out on the town.  I will have separate posts about adventures at Gillette Castle and Mystic Seaport. 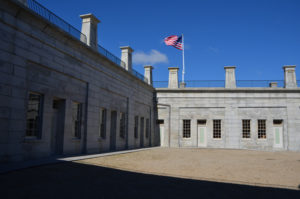 Fort Trumbull State Park is in the heart of New London on the shore of the Thames River.   The beautiful masonry fort here is the third on the site and dates from mid 1800’s.  You will want to climb up on the wall and get a view of the river.  From the wall we got a distant view of the christening ceremony for the USS Illinois submarine over at the General Dynamics Electric Boat facility in Groton.  We understood that the first lady was in attendance and we saw evidence of heightened security.  Namely there were boats patrolling with manned guns on deck.  It looked like the bleachers were packed today, and the weather was nice for the event. 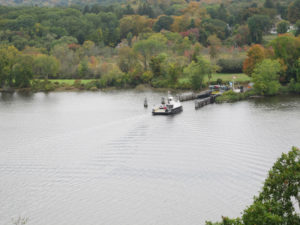 On one of our adventures in the country, we visited Gillette Castle, which I will cover separately.  But from the upper windows of the Castle we could see a small ferry crossing the Connecticut River below.  As it turns out, it wasn’t out of the way to use the ferry in our travels as we headed on.  The Chester-Hadlyme Ferry is a continuation of a service that has been here since the late 1700’s.  On the Hadlyme side many historic buildings have been preserved in the Hadlyme Ferry Historic District. 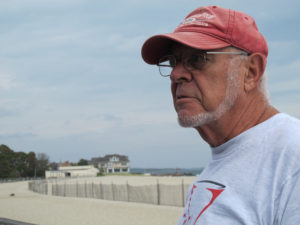 My uncle volunteers at the nearby Ocean Beach Park, so even though it was off season I insisted that we go and have a walk around.  We viewed the white sugar sand beach from the recently renovated boardwalk, and heard a tale or two from behind the scenes here.  In season I expect we would have had an ice cream cone at least. 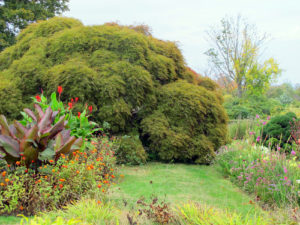 We also visited nearby Harkness Memorial State Park and had a walk around the grounds and through the flower garden.   It was out of season for a tour of the mansion. 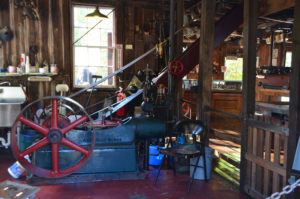 One of our expeditions took us out to see a steam powered cider mill.  Clyde’s Cider Mill was packed with folks looking for their products, and here to see the mill in operation.  There were two long lines entering the shop from opposite sides that snaked around the yard and parking lot.  We didn’t brave the line.  The steam powered mill was idle but had been working earlier in the day.  The doors were open and we could see the belts and wheels and machinery.  It was a couple of hours before the next activity, and we had other stops planned, so we moved on.  I suggest planning your trip to coincide with a demonstration, but I’d allow plenty of time to find parking, maybe coming early in the day would be wise.

The visitor center and museum

Entrance to the fort

Cutouts like these had signs nearby with descriptions of typical activities in the fort.

Several sculptures like this helped to bring the otherwise empty fort to life.

Up the stairs to the top of the wall

Out into the yard

Looking across the river to the crowd gathered for the christening of the USS Illinois.

My uncle at the park

My cousin, aunt, me, uncle

My cousin, aunt, her granddaughter, uncle

Hadlyme ferry from nearby Gillette Castle

Line on the front of the building, similar on the other side.

Apples waiting to be pressed