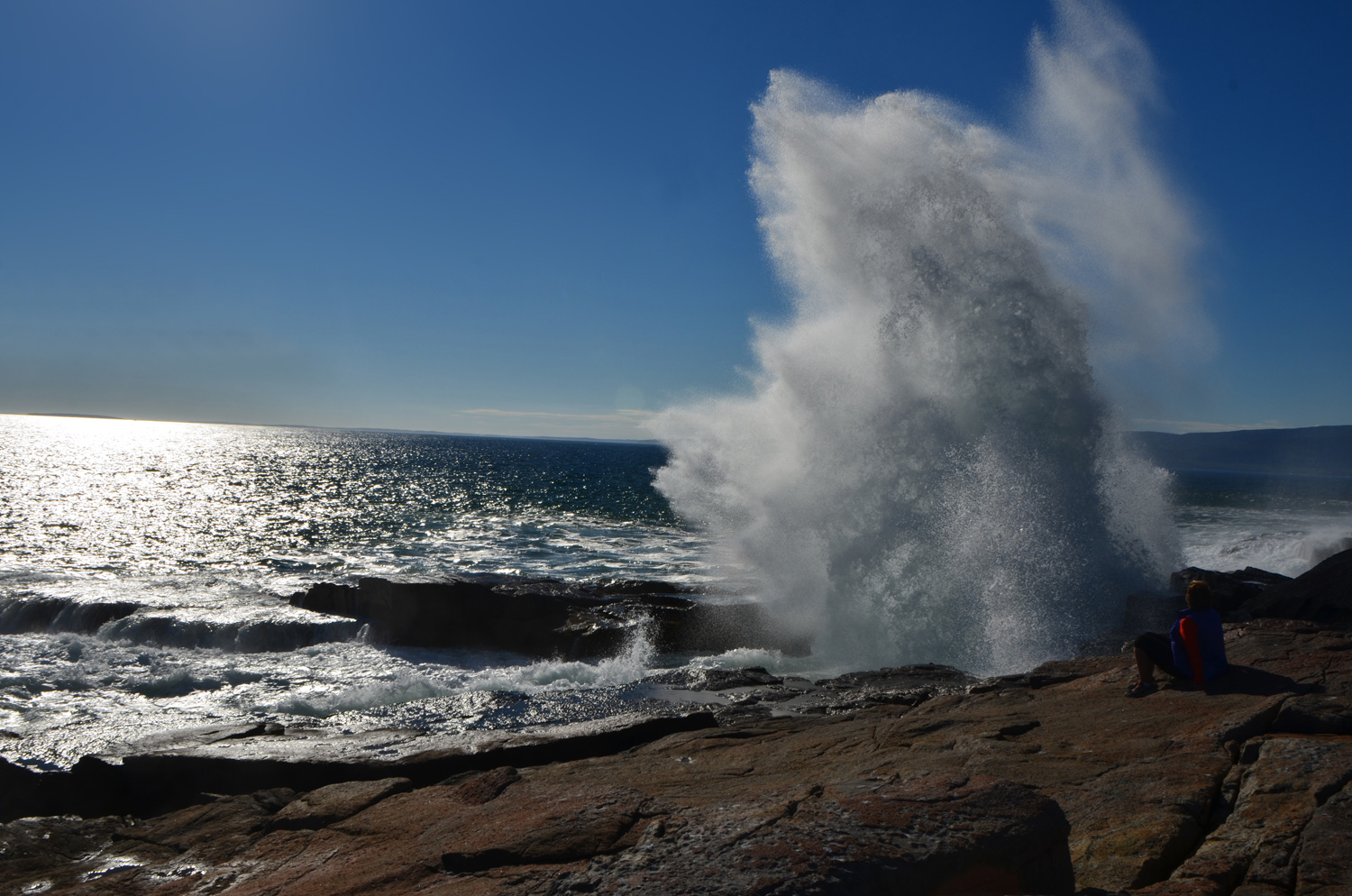 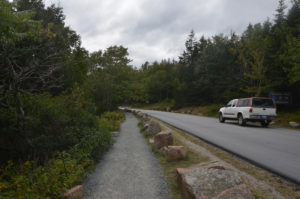 October 1st-7th, 2015 – Acadia National Park – Forests and mountains melt into ocean at a bright line of frothing water in Acadia National Park.  The park road hides the pressing civilization so you can enjoy the natural setting.  Visiting after labor day means a lot of things are closed up, but the crowds are lighter. 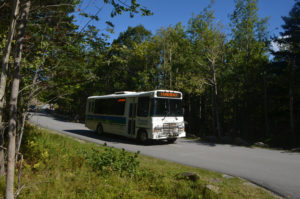 The park road is a one way, two lane path through the park that keeps civilization hidden as you roll through the woods and emerge along the rocky shore.  I may have been spoiled by the shoulder season lower crowds, but the road was great for a country drive.  Most of the places where you would want to stop there are small parking lots, and at other places parking is allowed in the right lane.  But parking caters to cars and not larger vehicles.  They offer a shuttle bus on several routes, and from what I gather this would be the way to avoid parking and traffic hassles during the peak seasons. 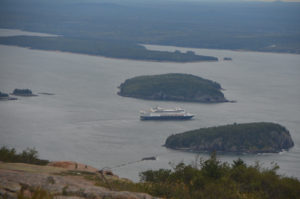 The park is primarily situated on Mount Desert Island, but unless you are paying close attention you might not notice that you’ve left the mainland.  On the island is the tallest mountain on the eastern seaboard, Cadillac Mountain.  A road leads to the top, and many folks gather here all along the road for sunsets.  Fewer for sunrise, but because of its height it gets sun before any other place in the continental US.  Not earlier than Cape Spear in Canada, but that’s a different story.

The first day I visited the shore, the sky was overcast, and the tide was high.  In my exploring I found a small overlook just before Thunder Hole where the water was rolling melon sized rocks back and forth and causing a rolling thunder that you could feel in the bedrock.  I sat down and enjoyed this and the crashing waves for a while.  I would end up revisiting this at low tide to find it quite docile, and enjoyed my luck at finding it at high tide the previous visit. 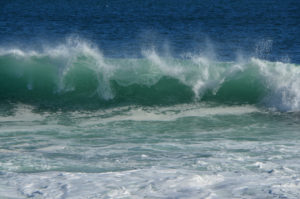 One of the days I went exploring the sky was bright blue, and I went to the Schoodic peninsula part of the park.  The ocean swells were coming ashore from the northeast and the surf was quite active.  Along the side of the point the waves broke close in, with a lot of curl.  Further along the road, at the point, they were breaking on sharp rocks, walls and into crevices.  The larger crevices were throwing up huge spouts of water.  I kept a respectful but daring distance from the crashing waves, as I ventured out onto the rock and waited for the big surf with my camera’s shutter on burst.  I had to clean the salt spray off my UV filter a few times, but it was wonderfully exciting. 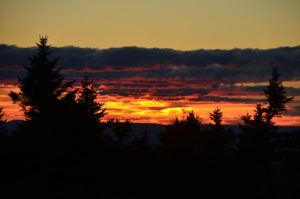 On my visits to Cadillac mountain I watched a couple of sunsets.  An exceedingly popular activity, I learned from my first visit that arriving early is important, else you may not find any parking.   People scatter over the bedrock mountain each looking for the best vantage point.  You may also be looking for a little shelter as it is typically quite windy.   If you are going to be standing or sitting still be sure to dress appropriately.  When the sun is setting don’t forget to look around you and not just at the sky.  The orange light really gives the landscape around you a warm glow.

These buses provide transportation around the park, particularly useful for hiking and not having to make a loop.

Stairs down to the one sandy beach

Water swirls on the sand

Lots of folks here to check out the sandy beach, but not quite warm enough to entice swimming.

Much of the park road follows the shoreline, and here there is a nice pedestrian path established between the road and the water.

Looking back at the sandy beach from the rocky shore.

Thunder Hole. Below is a cave which makes a thundering sound when the water is at the right height and depending on the wave action.

Lichens were abundant and quite diverse.

I spent a while sitting on this ledge watching the surf.

The surf was rolling these melon sized rocks back and forth, making a deep thunder vibrating through the rock.

Stairs down to a pocket beach

Quite an assortment of stones

The surf hollows out rocks near the highwater mark

A flock of birds passes by

Swell was hitting this beach head on

Light through the wave

As the waves ran up into narrow gaps they would send jets of water skyward.

This bird would slip under the water as a wave approached and pop back up after.

Heading South with the Birds
Next