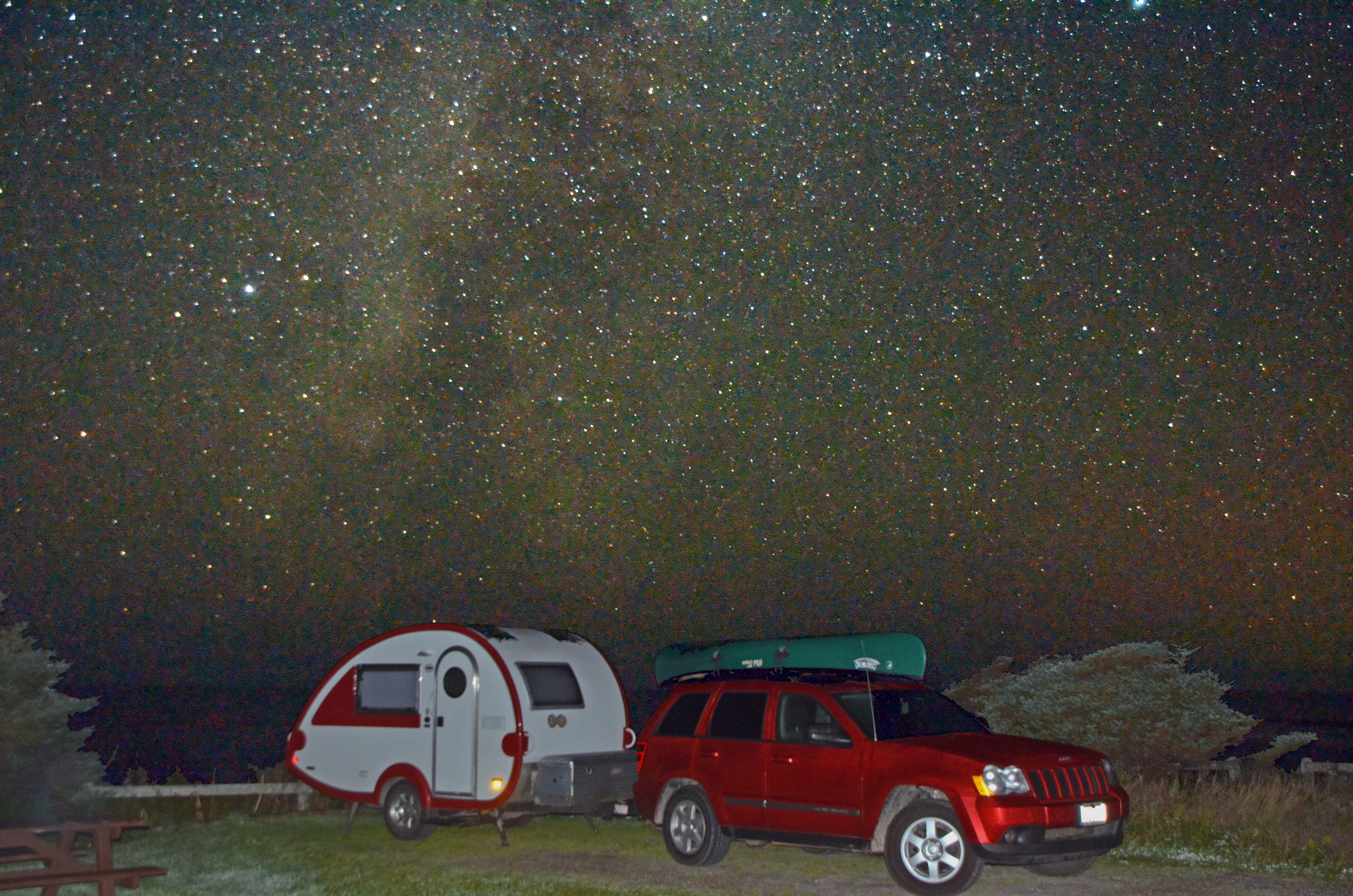 September 20th-28th, 2015 – Newfoundland Canada – Finally, some skies clear of both light and smoke.  Enough so I’ve been able to play with the camera on some cold crisp nights.  So that I have a few pictures to share of what I see looking up into the darkness.

Traveling so far away from dense population centers means a lot less light shining up into the sky from cities.  I had a lot of great opportunities earlier in the trip with weather and light, but with fires all over the west, smoke has been a complication.

I think to get much better I am going to need to ditch the zoom lens for a fixed focus, low F-stop one.  Some of the shots are done using a long exposure and then a quick “paint” of the foreground with a pocket flashlight, and I did some correction using Photoshop.  More comments on each photograph.

The constellation Orion on its side. Look for three stars that are his belt, one star that is his hand holding a bow in front of him, and the other holding a club over his head. From his belt see his sword, the fuzzy bright spot is M42 the Orion Nebula.

Two images taken one after the other, a long exposure for the sky and a flash to get the foreground. Merged as an HDR pair.

Another HDR merge with just the trailer. Notice the redness near the horizon? Coloring looking west into smoke.

This aircraft is actually moving towards you. The image exposure started with it midframe and lasted until it left. The shakiness is the wind pushing the camera around in spite of my best efforts to keep it shielded.

The Jeep. After a long exposure I used my pocket flashlight just barely shinging between my fingers to quickly “paint” the car with light.

Eclipse Over Newfoundland
Next