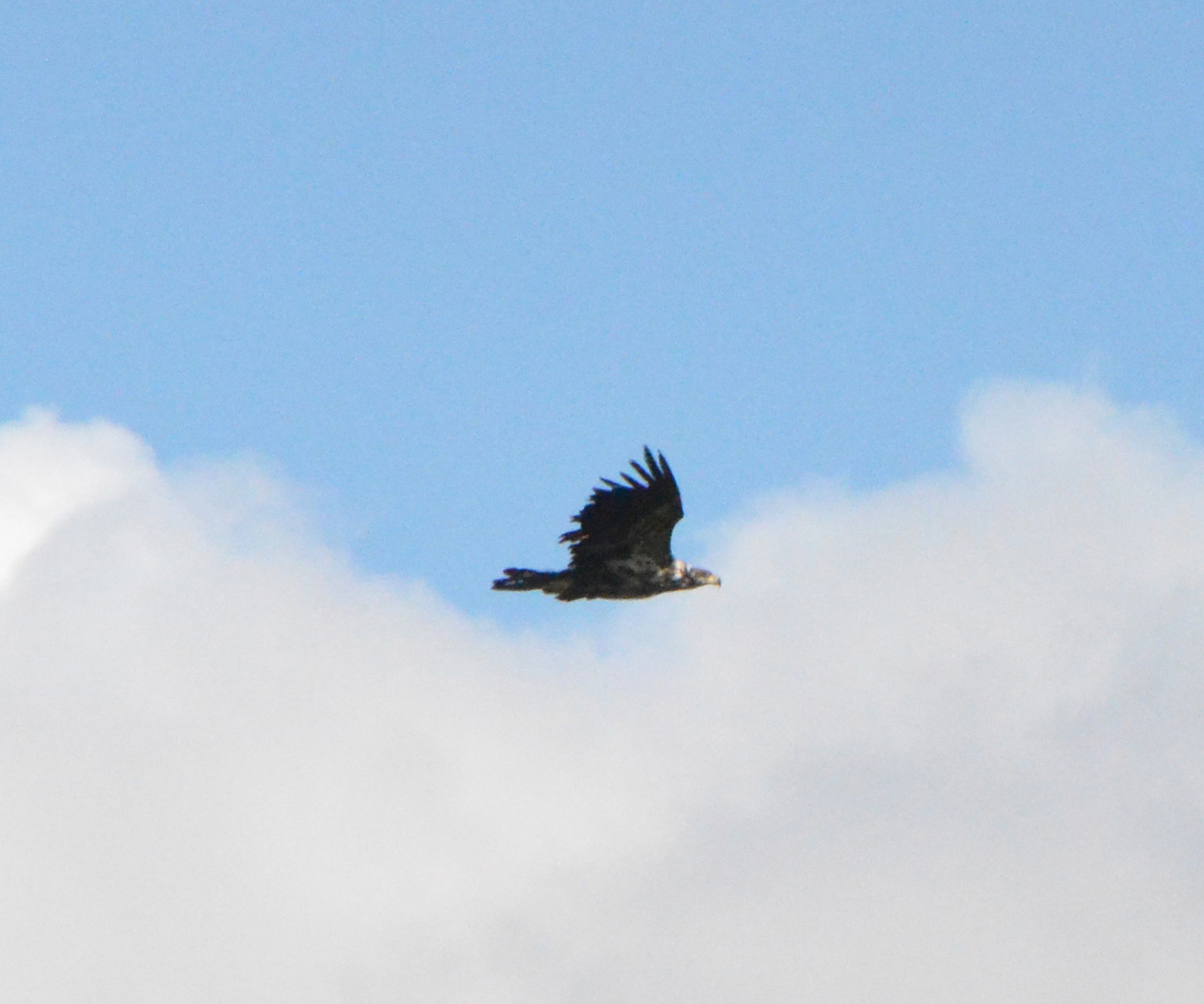 July 17, 2015 – Potter Marsh, Anchorage Alaska – The Potter Marsh wildlife refuge is right at the southern edge of Anchorage as you head out the highway to Turnagain Arm.  The marsh was created during the construction of the Alaska Railroad.  Very nice raised boardwalks and viewing platforms keep the viewers up and away from the birds and other animals.

I drove past this gem several times, and finally stopped by.  A very nice parking lot would be a great place for a picnic.  The trails are primarily boardwalks, and are quite accessible.  Viewing platforms have binoculars mounted for people at various heights to use comfortably, they are not coin operated or timed.  The platforms have back panels that break up the silhouette of people from the wildlife’s perspective.  This means the wildlife will come closer without being disturbed.

Lots of pretty common water birds, gulls, crows and such, but also a few that I don’t get to see so often.  A snipe, some shorebirds and what appeared to be a golden eagle.  Nice walk on a nice day.

You are welcomed from the parking lot to the trails by a few nice interpretive signs.

The marsh wasn’t planned, and it is man made. The roadbed of the Alaska Railroad cut off a shallow portion of the waterway as it sought a straight line path.

Just a small part of a larger refuge.

Yes, on the edge of the city.

Map of the local area.

Mostly Canada Geese, but a few others around. All pretty much backlit though.

This guy was making quite a lot of noise from his high perch.

Binoculars at two heights. In the distance you can see the railing of another boardwalk that follows the highway side of the marsh.

The “walls” are really there to break up the outline of people standing and watching. Makes birds less worried.

Golden Eagle I believe. It flew over the area, circling along the inland edge.

Over the far part of the marsh.

More of the boardwalk. This path ends at a small set of tiered benches arranged as an outdoor classroom.