Home / South With The Birds / Statue of Liberty

Statue of LibertyJuly 3, 2016 FrankLoWa
South With The Birds
0 Comment
US History 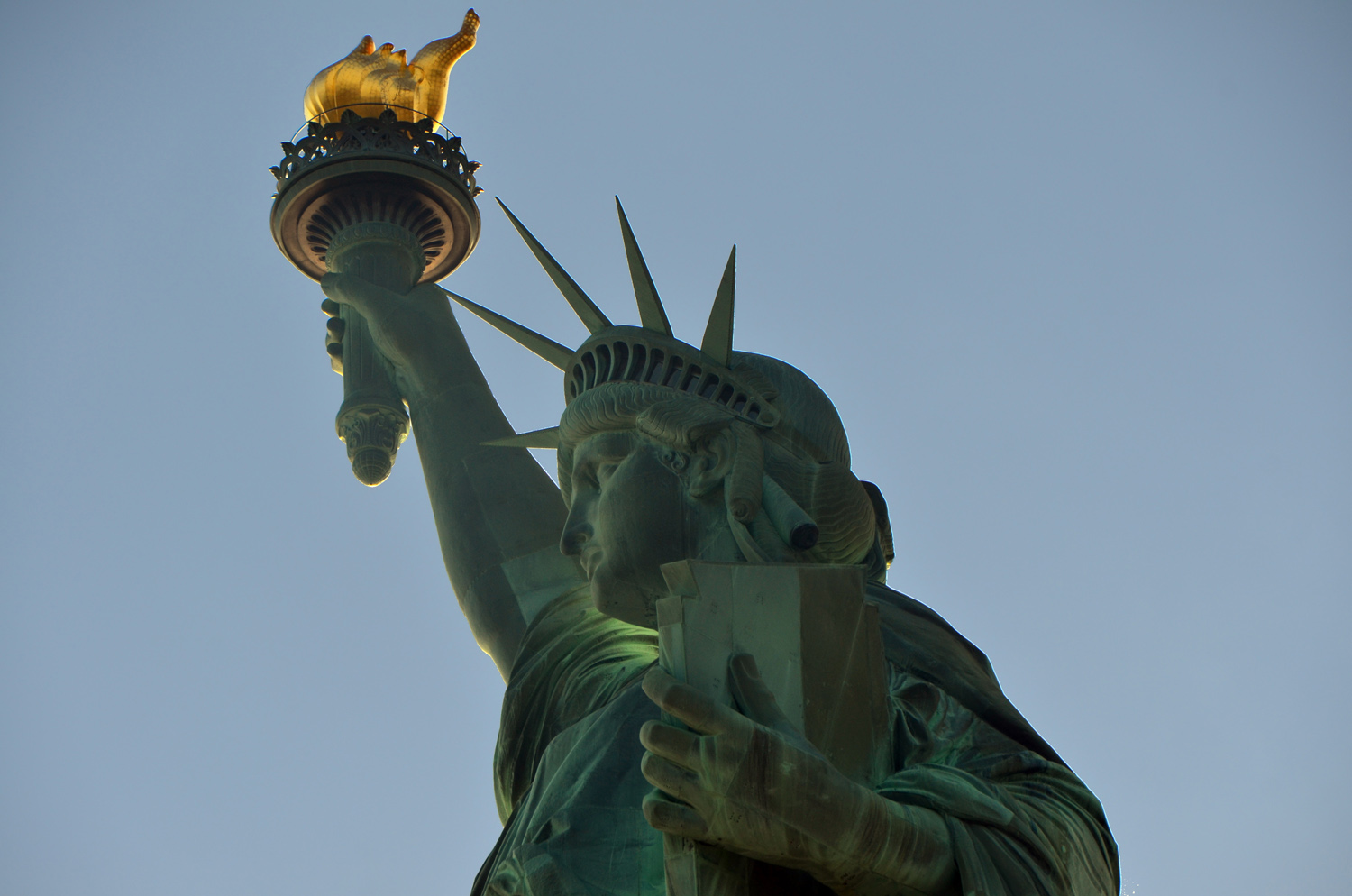 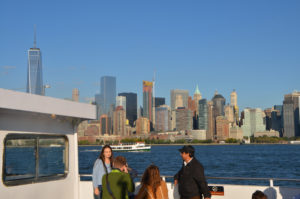 October 15th, 2015 – New York City, NY – The Statue of Liberty was my one stop in the New York area, It was something I wasn’t able to do on previous visits, and by going to the Jersey side Liberty State Park I was able to drag the trailer along comfortably. The boats that go to liberty island leave from either the park at the south end of Manhattan Island, or from the New Jersey Liberty State Park. 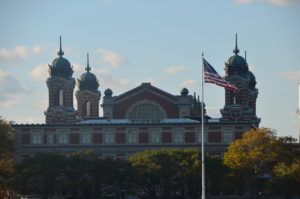 On the Jersey side there is a large park with a huge parking area.  Being off season it was pretty empty, and I was able to park up front.  I had arrived a little late, but managed to get on a boat just as I arrived.  It turns out that I didn’t arrive in time to be able to visit both Ellis Island and the Statue, so I just got photos from the boat.  The facility on Ellis Island has recently been renovated, and it looks great.  There were a lot of folks waiting for boats on their way back, I’m guessing the typical group would do the statue first, so this doesn’t seem unexpected. 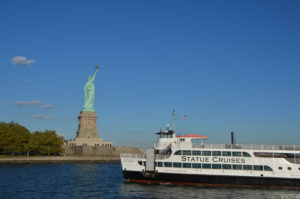 Approaching the statue, the boat gives you a pretty good view of three sides of the statue.  I spent much of the time while we were close to the island with the camera up, pushing the zoom in and out and grabbing shots.

I had been conditioned not to expect the statue to be so very large.  But atop it’s pedestal it is everything I might hope for.  Sure it isn’t as tall as many buildings I’ve been around, but it is a sculpture.  I think one could say the same thing about say Mount Rushmore.

Tickets are offered for going up the statue to two levels, the pedestal, and the crown.  What I found was that tickets were gone long before I had any idea when I was going to be here.  I got the impression that perhaps some local tour companies might have some tickets for their guests, but that wasn’t something I was interested in paying a premium for. 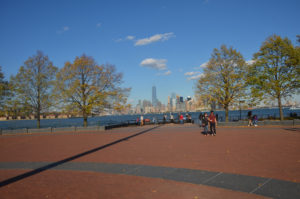 The tour included an self paced audio tour that was supposed to take about 30 minutes.  I picked up my player and started listening, but after about 20 minutes of a slow paced “voices of…” sort of presentation I started moving along.  Good thing too.  At about ten after four, having been there for just over 30 minutes a park employee came through telling everyone the park was closing soon, with the advice to “take your last photos and head for the dock”.   So for the next 20 minutes I endured park rangers spouting off like trained parrots announcing the time every few minutes until 4:30.  The last boats were at 4:40 and 5:00, and the walk from the front of the statue to the boat was maybe two minutes for a healthy person.  Well, I took my last photos, dodged all the other people who were doing the same, and headed for the boat.  I stood in line for ten minutes and the boat, not full by any means rolled out.   Not the last boat, there was another in 20 minutes.  I sort of wish I had pushed back a little on their insistence. 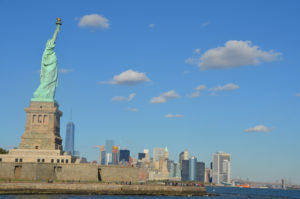 Well, as we passed by Ellis Island I saw a pretty sight.  People lined up along the top of the sea wall waiting for their ride home.  When we came by on the way out, another passenger had pointed at the line and asked about it.  The captain said it was “only a few hundred people”, not a problem.  But on the way back the line was three times this long.  I just hope they all got off the island… 🙂

Sunny day, blue sky, late afternoon sun.  That’s the pictures I got.  I just kept snapping close and far shots as the boat came around the island.  So the photos are just a sampling of the best of these.

Plaza behind the statue

I needed fuel after I left the statue. So I wandered around New Jersey a bit dragging the trailer. Found this station, with a pretty good price. Interesting that NJ and Oregon are the only places where you can’t still pump your own gas.

Selfie with the lady.