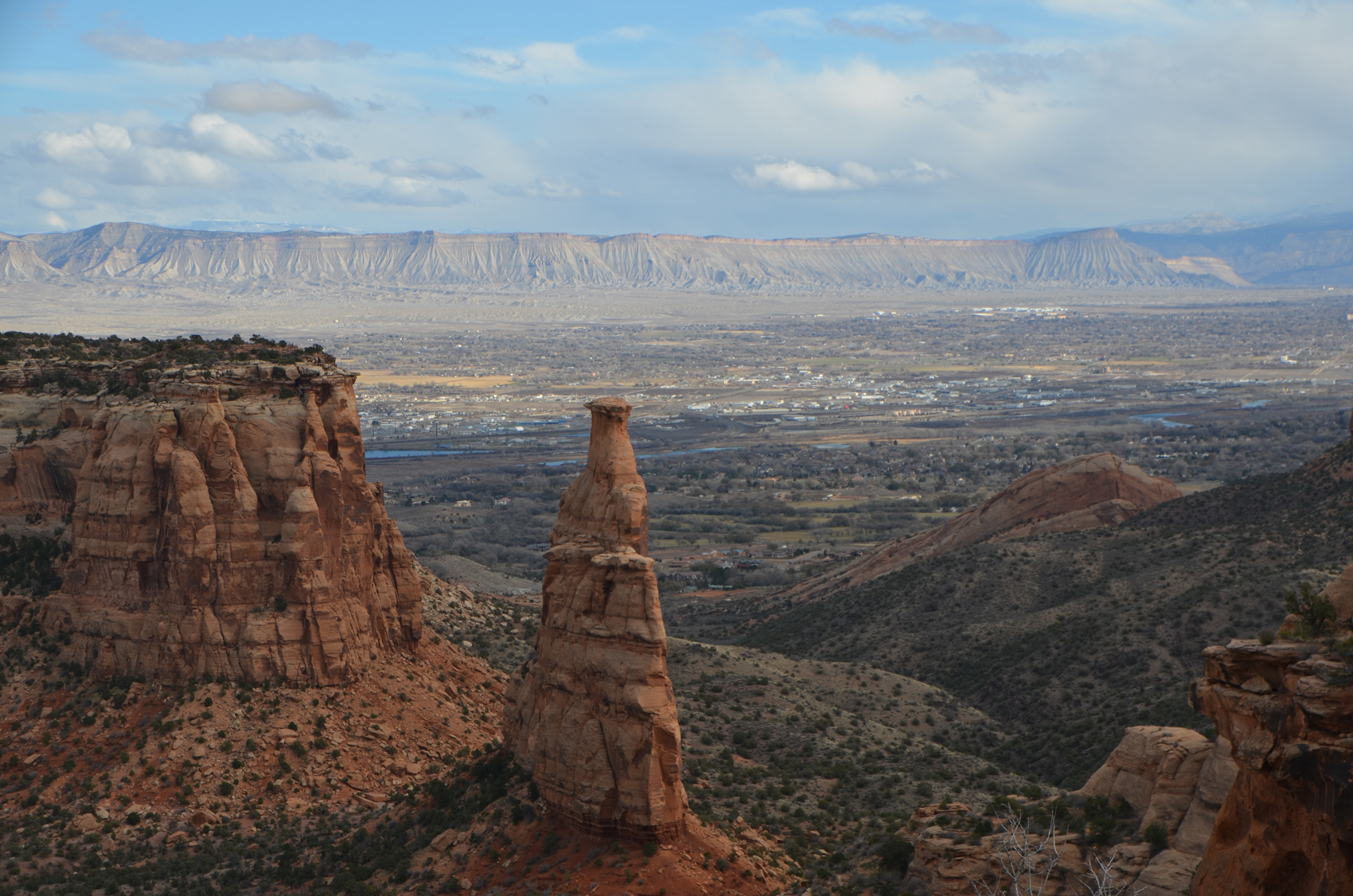 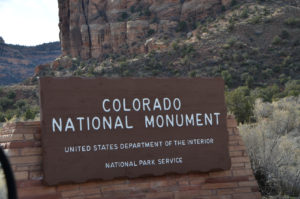 November 26th, 2015 – Fruita Colorado – Thanksgiving day, one of the oddest chapters of the trip.  Spectacular views, and a turkey pot pie.  Odd because of how I ended up coming here.

Getting there.  As it was a holiday weekend I wanted to have a reservation waiting at the end of the day.  I had some internet connection at Bauer’s but I didn’t have cell service, and not enough bandwidth for Skype.  I knew I could get cell up the road a bit, but no data.  So I had to get a phone number now, and call later.  Finding a park that was close to Arches National Park that was still open was proving difficult, and the site I was searching was clunky.  Somehow I ended up getting to the web site for “Monument RV Park” and as I read the description it sounded good. I thought the site was saying it was the closest to Arches, but in fact it was closest to something in another state. 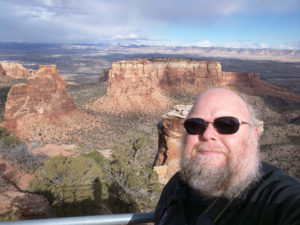 I made a note of the phone number and headed out of town to where I could pick up cell service but not data.  I called and made my reservation, poked the address into the GPS and started my drive.  I traveled along the back roads on Highway 12, eastward and north through Utah to hook up with Interstate 70.  That trip took longer than I anticipated, including a pit stop to get some locktite for the trailer’s skid plate, and a couple of stops due to some kind of weird drive train issue that cropped up two or three times then went away. But as it got really dark I was back on the interstate. 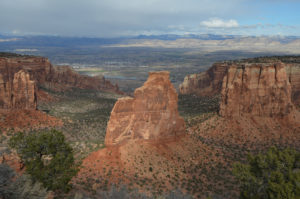 I thought I would then be heading east a few miles then south just a bit and arrive.  But in reality I had booked a spot another 75 miles east.  While I was pretty upset with the mistake, I resigned myself to go there and see whatever this “monument” was. 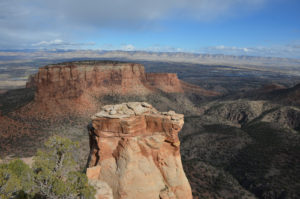 The Monument.  Day breaks a bright sunny day.  The RV park was nice and I had reserved a couple of nights, so I had the whole day (Thanksgiving proper) to play around without the trailer in tow.  I came out of the RV park and turned left, and sure enough there’s the sign for “Colorado National Monument“.  Pretty darn close.  I had no idea what this monument was about, but that didn’t last long.  The road climbs up through the red rock and eventually becomes “rim rock drive” with spectacular views. 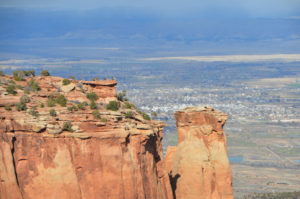 Next stop the visitor’s center, where I took in their film.  Great idea, as it gave me a lot better idea what I was looking at the rest of the day.  Nice interpretive displays here as well. 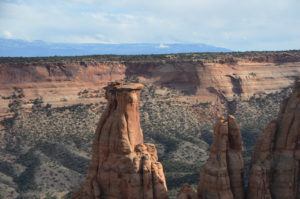 A layer of clouds was being pushed through, and the blue sky was popping through around them.  The openings in the clouds were like spotlights painting the colors of the landscape bright.  If you looked out across the expanse the view was constantly changing never the same for more than a moment.  I stayed several places watching for the right moment to take photos.  It turns out that I’ve seen images of the most iconic monolith “Independence Monument”.  But I didn’t know that its true shape is so long and blade like. 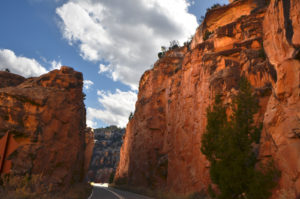 Thanksgiving. Alright, sightseeing complete I’m now in Grand Junction.  Let’s get some dinner.  Talk about deserted.  Nothing was open.  I stopped and poked at the phone for a bit to see if I could locate a likely suspect for a walk-in thanksgiving dinner.  I tripped over a golden corral buffet.  So I made my way there.  But the overflow parking was overflowing and the line coming out the door looked like a sea of people.  I decided that I wasn’t that interested in this option.  So I poked around looking for a grocery store that was still open, found one and grabbed a turkey pot pie and a few other things for dinner.  Back to the trailer, and fired up the microwave.  Yes, that’s why I bought the microwave, for just this kind of convenience.

Even at 25 miles per hour the road is pretty fun.

Looking out at the Colorado River valley. The town of Fruita.

In case you’d like to decode the photos. Note the “Great unconformity” this is a point in history when the layers that had been built up were washed away. Guess that happens when the land keeps tipping this way and that.

Independence monument from the end.

Independence monument from the side.

Independence in the sun.

The way the red rock breaks, leads to these arch shapes.

Overlook on the hard rock layer.

Same overlook from another view point

View from the overlook

This column is off to the left of the previous shot, and pretty close by.

Spinning around a little more we can see Independence too.

Those columns in the sun.

Look closely at the highest ledge

People at at view point

Sun on the view point

We’ll see this viewpoint from another angle in a moment

Former viewpoint from above and behind.

Closer look at the proto-arch

Columns in a curve

A little snow up there.

Road cut right through the rock.