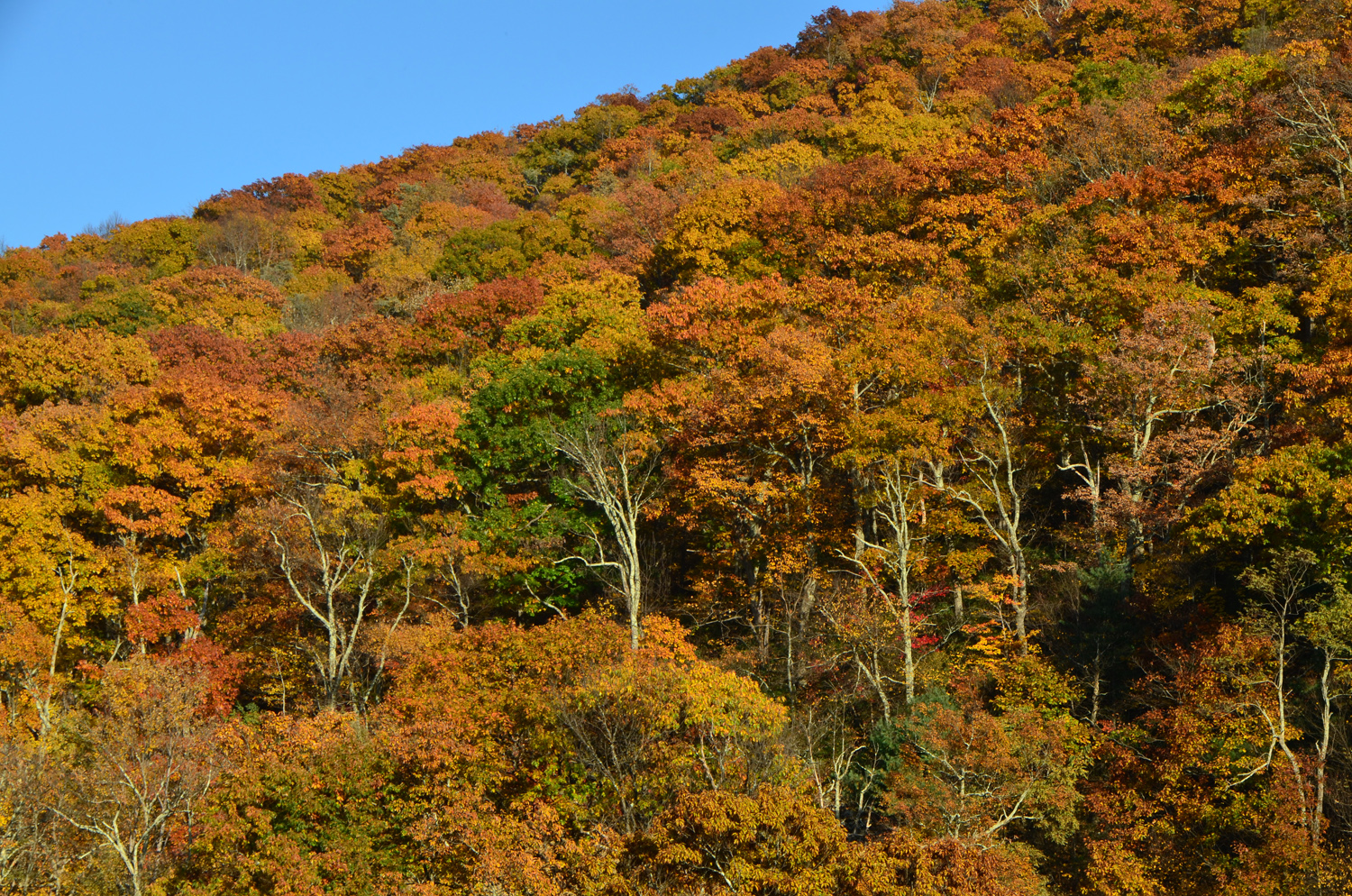 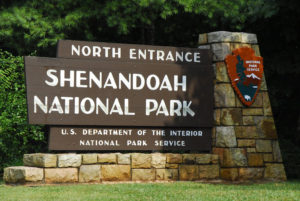 The fall colors were finally settling in, and from I had heard the place to see them around here was Shenandoah National Park, and Skyline Drive in particular.  My research had turned up a couple of campgrounds, but I was too late to make an online reservation.  It seemed there was some opportunity for first come first served however. 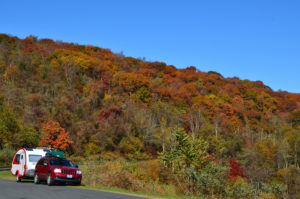 I worked my way to the start of the Skyline Drive (north end at Front Royal) and meandered down the road to Loft Mountain, about 2/3 along (entire park map).  I’m glad I took my time this first day, given the amazing blue sky.  The next day turned out to be gray and drizzly.  Even though I was playing a “dangerous” game with campsite availability as I took my time. 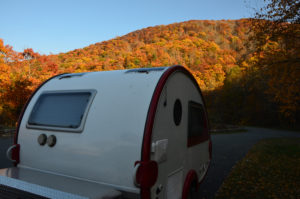 The road has a low speed limit to facilitate your enjoying it.  Most folks keep to that speed, and there are places to pull over from time to time to let the occasional exception pass by.  The road passed through brightly colored tunnels of yellow and orange, and there were folks who had stopped here and there to try and capture the images.  I stopped mostly at overlooks, and didn’t pause anywhere too awfully long.  But at several spots I gathered an audience interested in my trailer.  Of course that led to animated story telling, and that was its own reward. 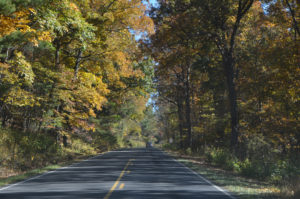 When I arrived at Loft Mountain Campground, there was a long line of cars lined up along the road by the check in station.  Folks were queued up waiting to check in.  Most had reservations, and I got one of the last open spots.  It turns out this was the last weekend that the campground was open for the season.  I decided that I’d not stay an extra day here, so I just paid for the one night.  The campground was pretty full, lots of large family groups, and groups of kids roaming here and there, some with bicycles.  Lots of smoke from campfires.

Again I’m happy I spent the afternoon as I did, even if I had been forced to keep traveling into the night looking for a place to stay I would have felt the same way.