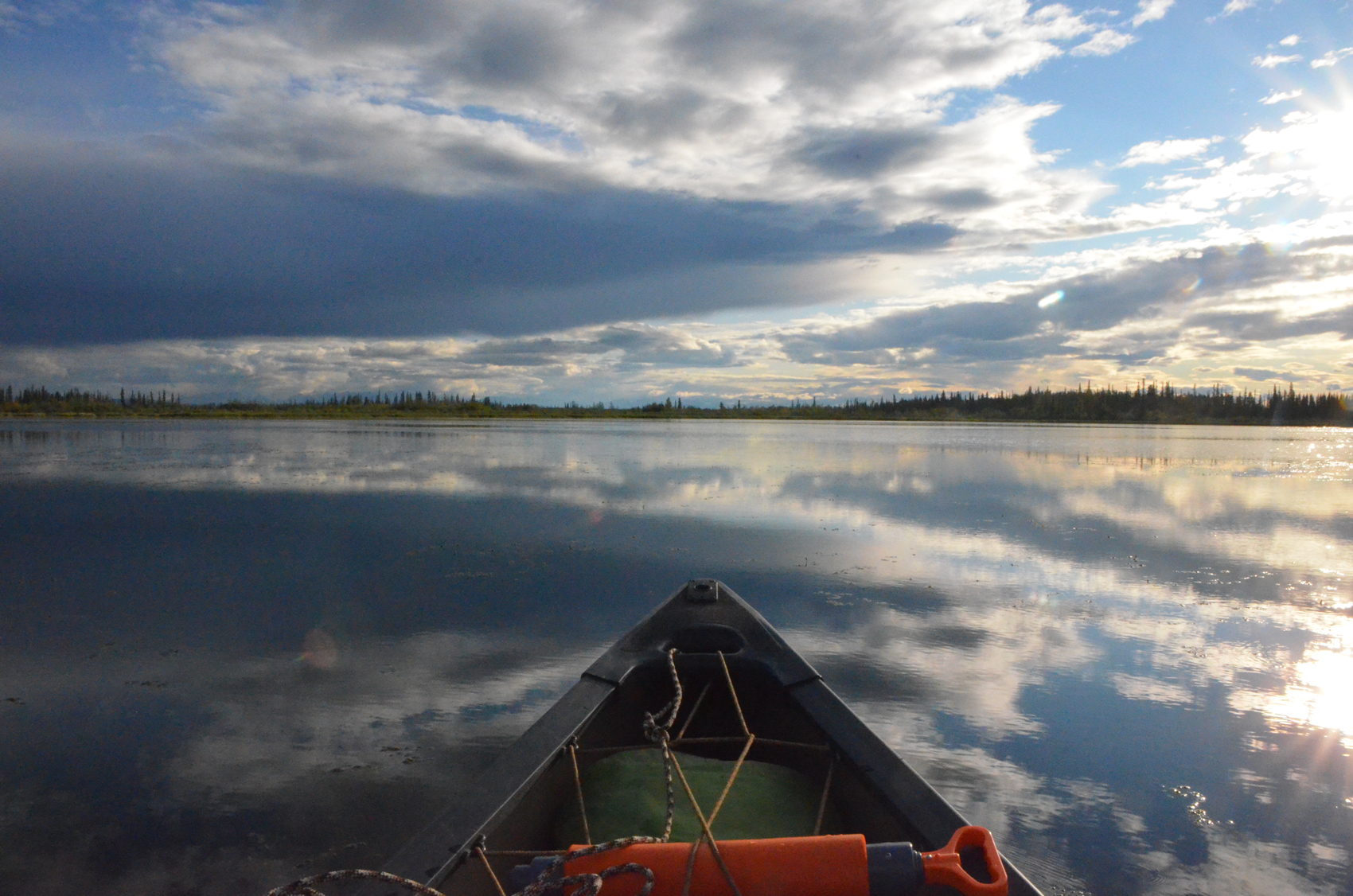 July 26, 2015 – Yarger Lake, Alaska (Near Northway) – Finally the canoe hits the water.  Gave some fellow travelers a few pointers on paddling, then wandered the lake becoming a slow moving nuisance to the birds in residence.  This is away from the mountains back on the flat interior, so huge and dramatic skies were the order of the day.

I’ve started realizing that when I get back to Seattle I don’t need to stop traveling.  A common question on the road has been “Where are you going after that?” and I’ve started saying “Key West”.  At first it was because I thought I would fly down and rent a car.  But now I’ve decided it wouldn’t be bad to drive there, and much more epic.  By the time I’m in Seattle in a couple of weeks I’ll have decided to drive to Maine to see the fall colors too.  As the frequency of rain increases and bright sunny days become a memory I’m also starting to push to get out of this neck of the woods.  Record nice summer in Seattle, and I’m spending it under the one cloud in North America.  So with all that in mind, I had skipped launching my canoe at Kendesnii, but found a campsite at a lake on the road a couple of hours ahead and set my sights on that.

From my camp at Kendesnii in Wrangell-St. Elias I headed towards Tok.  From here I was back on the Alaska Highway.  Since I had bypassed most of this by going to Dawson City, after Tetlin Junction I was on new road.  About halfway to the Alaska-Canada border was my destination, Lakeview Campground at Yarger Lake (mp 1256.7).  This campground is the smaller of two maintained by the Tetlin National Wildlife Refuge along the Alaska Highway.

After settling the trailer in and registering, I pulled the canoe off and hauled it and all my gear down to the water’s edge.  I met a few of my fellow campers in the process and also a young man and his grandmother.  These two were taking out a weathered canoe that they had found along the shore and didn’t seem particularly confident about how to use it.  So as I was gearing up I offered a few bits of advice and suggested that if they’d like they could follow along with me for a bit.  A few more tips and they were making pretty good progress along the lake. From our launching point down the lake’s shore was a good first run for them, so we paused to say good bye and I took a couple of pictures to post on the blog here, a different point of view on their adventure. 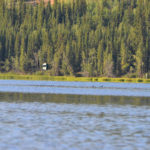 I headed across the lake and towards the far corner, playing with cameras as I went.  Having the GPS along meant I was able to record my path for later review.   I could tell which birds were the diving type as they didn’t bother to scoot off at my approach, they just dipped under the surface if I got too close. As I realized that the birds were getting gone, before I could get close, I started scanning ahead with my binoculars.  About halfway around the lake on the far shore I spotted a long procession of baby ducks and their mothers coming my way.  I did my best to give them some space as they passed. 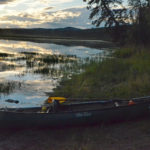 There is an observation blind along the shore near the campground, and I could see it across the lake.  When I started looking closely at it I could also see another procession of baby ducks making their way across the middle of the lake.

As the sun started to set I lingered on the lake a bit to take some photos and enjoy a few more minutes in the boat.  Then back to shore and get the gear and boat back to camp.  A good day, a small adventure.

Weather was passing through

This gal was making a lot of noise and didn’t much care about me getting close. I’m pretty sure something was amiss.

Baby ducks making haste to get by

A different line of baby ducks with the observation blind on the shore.

Alaska Highway heading over the hill to the south.

Canoe back on the shore